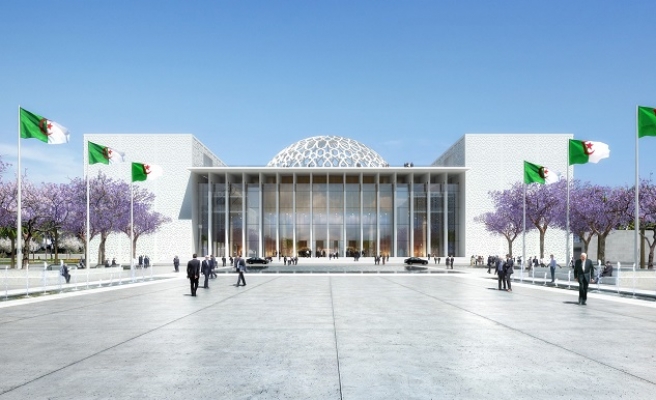 Algeria's parliament is expected to adopt a package of constitutional reforms Sunday that authorities say will strengthen democracy, but opponents doubt it will bring real change.

Parliamentary group leaders on Wednesday began considering the package, which is to be voted on by the lower and upper houses in full, rather than amendment-by-amendment.

The reforms are meant to address longstanding public grievances in the North African nation, and possibly to prepare for a smooth transition amid concerns over the health of 78-year-old leader Abdelaziz Bouteflika.

The president and his inner circle have held a firm grip on power since 1999 and, as the end of his rule appears to close in, there are fears of instability in the mainly Muslim country of 40 million, a key energy producer.

The main political reforms will see the reintroduction of two-term limits on the presidency -- lifted in 2008 to allow Bouteflika to run for a third time -- and a provision requiring the president to nominate a prime minister from the largest party in parliament.

An independent electoral commission will also be established, the roles of women and youth will be recognised, and freedoms of assembly and the press explicitly guaranteed.

The Amazigh language spoken by the indigenous Berber population will also be recognised as official, alongside Arabic.

The reforms "strengthen freedoms and enshrine the separation of powers and the principles and values of the Algerian people", Ahmed Ouyahia, Bouteflika's chief of staff, said last week.

Critics disagree, saying the reforms are little more than a show and will do little to reduce the influence of the powerful elite, including Bouteflika's National Liberation Front (FLN) party and army generals.

Unlike many countries in the region, including its neighbours Libya and Tunisia, Algeria has been relatively stable since the 2011 Arab Spring.

But it is facing a range of challenges, including regular extremist attacks, sporadic outbreaks of violence between Berbers and Arabs, and a precipitous drop in state revenues as oil prices have plummeted.