Bouteflika's statement came as part of a congratulatory message to King Mohamed VI of Morocco on the occasion of Morocco's 59th independence anniversary. 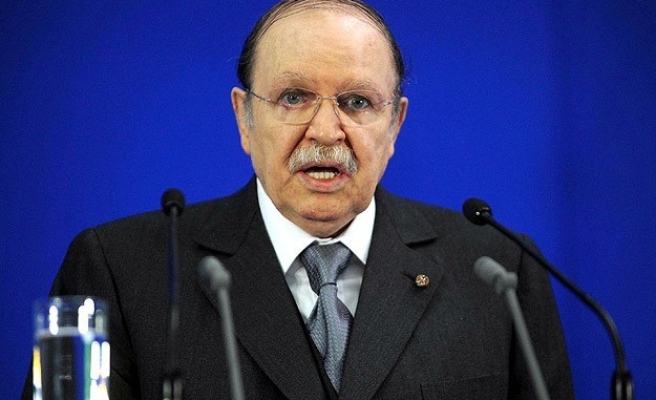 Algerian President Abdelaziz Bouteflika on Tuesday stressed his country's commitment to improving ties with Morocco amid a recent deterioration of diplomatic relations between the North African neighbors.

Bouteflika's statement came as part of a congratulatory message to King Mohamed VI of Morocco on the occasion of Morocco's 59th independence anniversary.

The Algerian president's statement was the first since his return from a medical trip to France, which had been publicized by French news outlets before his return.

There has been no official statement from the Algerian presidency regarding Boutfiklia's just-concluded trip to France.

On November 1, the Moroccan king sent a similar message to Boutfiklia to mark the 60th anniversary of the Algerian revolution.

But tensions flared between the two neighbors last month after Morocco accused Algeria of opening fire on Moroccan civilians on the border, seriously injuring one of them.

Morocco had summoned the Algerian ambassador in Rabat to protest the alleged shooting incident and demand clarifications.

Algeria, for its part, summoned the Moroccan chargé d'affaires after Rabat blamed the Algerian army for the alleged shooting.

Algeria's Foreign Ministry said an Algerian border patrol had been recently pelted with stones by a group of Moroccan smugglers, drawing what it described as a "professional" response from troops on patrol.

The ministry added that Algerian troops had only fired into the air, ruling out the possibility that such warning shots could have led to injuries on the other side of the border.