Amnesty calls for protection of civilians in CAR 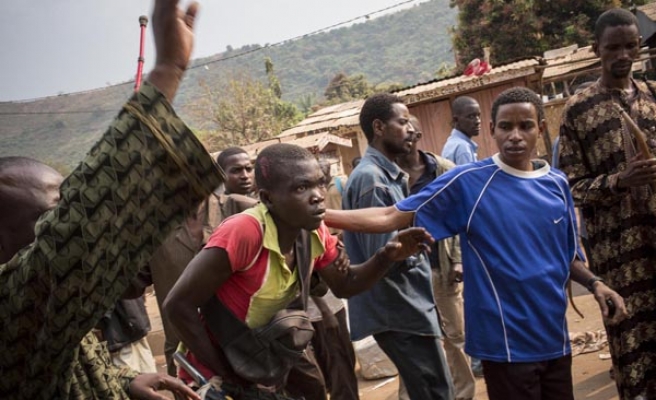 Amnesty International on Monday called for civilians in the Central African Republic (CAR) to be protected and for the speedy disarmament of sectarian groups involved in a recent wave of violence that has left dozens dead.

“The recent deadly violence in the capital illustrates that CAR remains in a very fragile state and that immediate action must be taken to enhance the capacity of UN peacekeepers to respond effectively to such incidents before an escalation of attacks on civilians,” Alioune Tine, Amnesty’s director for West and Central Africa, said.

In a statement, the rights watchdog said that “some populations have started to flee combat zones while the offices of at least three NGOs have been looted.”

Fighting resumed in CAR on Saturday when a Christian neighborhood was attacked by Muslim Seleka militiamen in revenge for the reported death of a Muslim man.

“The pattern of impunity that has existed in CAR must be broken,” Tine asserted.

“Small arms have been used by all sides of the conflict to attack civilians,” he added.

“The disarmament of all civilians and armed groups, therefore, needs to be sped up to prevent all sides from using these weapons to commit further crimes, including war crimes,” Tine said.

He went on: “Disarmament is a vital part of efforts to end crimes under international law. Disarmament efforts must be sustained and supported alongside efforts to ensure there is justice.”

Djotodia stepped down in early 2014 to be replaced by Catherine Samba-Panza – a Christian – amid a wave of sectarian violence between the two communities.

In May of this year, following months of deadly violence between the Christian anti-Balaka militia and Seleka fighters, both groups agreed to lay down their arms.