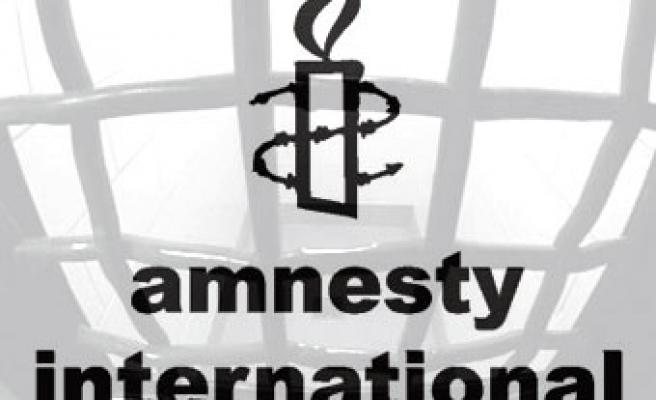 Human rights watchdog Amnesty International asked Rwanda on Tuesday to review its laws on 'genocide ideology' saying they are being used as a guise to suppress political opposition and freedom of speech.

Rwanda says the laws are necessary to prevent a repeat of the 1994 genocide in which 800,000 ethnic Tutsis and moderate Hutus were slaughtered. The killing was only stopped when troops under current President Paul Kagame took control of the country.

But rights groups have warned that political repression has been on the increase in Rwanda, especially in the run up to presidential elections earlier in August.

In its report named Safer to Stay Silent, Amnesty International said the vague wording of the 'genocide ideology' and 'sectarianism' laws could be abused to criminalise dissent by opposition politicians, journalists and rights activists.

"The ambiguity of the 'genocide ideology' and 'sectarianism' law means Rwandans live in fear of being punished for saying the wrong thing," said Erwin van der Borght, Africa Program director at Amnesty International.

"Most take the safe option of staying silent." Amnesty said it found that many Rwandans, even those with specialist knowledge of Rwandan law including lawyers and human rights workers, were unable to precisely define what genocide ideology meant.

"Even judges, the professionals charged with applying the law, noted that the law was broad and abstract," the statement said.

Two opposition candidates and a newspaper editor were arrested and charged with, among other things, `genocide ideology' in the lead up to the Aug. 7 poll.

The BBC and VOA have both been accused of disseminating `genocide ideology' by the government. These accusations led to the suspension of the BBC Kinyarwanda service for two months from April 2009.

"The interpretation and decision to clarify the vagueness of our laws should not be done by foreign entities," Rwandan Prosecutor-General Martin Ngoga told Reuters. "Our laws have been put in place by competent institutions and are specific to our problems and society.

"These laws allow for the criminal punishment even of young children under 12, as well as parents, guardians or teachers convicted of "inoculating" a child with "genocide ideology", Amnesty said.

Adults can receive sentences ranging between 10 to 25 years.

Rwanda's government announced in April a review of the law.

"The Rwandan government must significantly amend the laws, publicly express a commitment to freedom of expression, review past convictions and train police and prosecutors on how to investigate accusations," the statement said.

Rwanda's `genocide ideology' law was introduced in 2008 and the `sectarianism' law in 2001.