Amnesty said Yemen was increasingly sacrificing human rights in the name of security "with US collaboration". 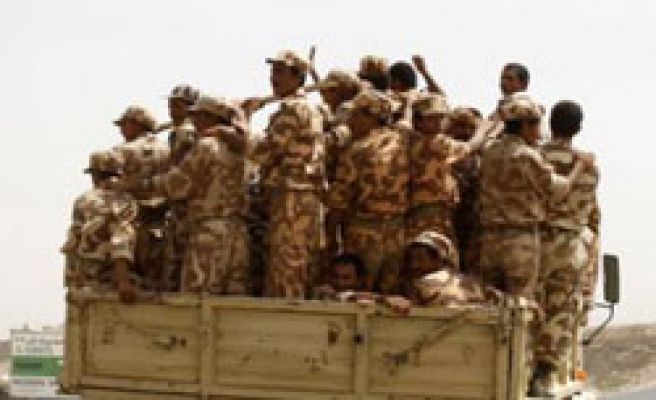 Amnesty International said on Wednesday the United States appeared to have carried out or collaborated with Yemen in attacks that killed suspected al Qaeda members, violating international law.

Yemen's killings of al Qaeda suspects, often in aerial bombings, are extrajudicial executions and are unlawful, the human rights watchdog said, and urged Washington to clarify the involvement of U.S. forces and drones in such attacks.

U.S. officials say only that Washington plays a supporting role by helping Yemen track and pinpoint targets. But the United States has long been involved in attacks in Yemen.

"The USA appears to have carried out or collaborated in unlawful killings in Yemen and has closely cooperated with Yemeni security forces in situations that have failed to give due regard for human rights," Amnesty said in a report. It urged Washington to "investigate the serious allegations of the use of drones by U.S. forces for targeted killings of individuals in Yemen and clarify the chain of command and rules governing the use of such drones".

Washington stepped up its training, intelligence and military aid to the state and sent special forces there.

In May, Yemeni opposition media reported that a drone had carried out an air strike "aimed at al Qaeda" that mistakenly killed a government mediator, sparking clashes between government forces and his kinsmen.

Yemen's foreign minister said Sanaa would "try to find out" whether a drone was involved.

"The U.S. government has deployed drones in Yemen to kill those it describes as 'high value targets', a practice that has been increasingly criticised as involving unlawful killings," Amnesty said.

"Often used in remote areas, drones are particularly suited to secret use and it is invariably difficult to investigate and assess allegations that they have been used to assassinate specific individuals," it added.

Amnesty said it had also obtained photographs apparently showing the remnants of missiles known to be held only by U.S. forces at the site of a December air strike against al Qaeda suspects that killed 41 people, half of them children.

Amnesty said Yemen was increasingly sacrificing human rights in the name of security.

Amnesty said the latest fighting with the northern fighters, before a February truce brought relative calm, saw both Yemen and Saudi Arabia appear to violate international law when they apparently bombed homes and apartment blocks.

"Aerial and other bombardments of markets, mosques and other places where civilians gather, as well as of large residential properties, apparently killed hundreds of men, women and children not engaged in the fighting," the report said.

In the south, Yemen has used "excessive and lethal force" against demonstrators and carried out arbitrary detentions, torture and unfair trials of southern activists, Amnesty said.