Another Muslim lynched in CAR as he flees the country

A mob in the Central African Republic has lynched a second Muslim person in three days as he was fleeing the country. 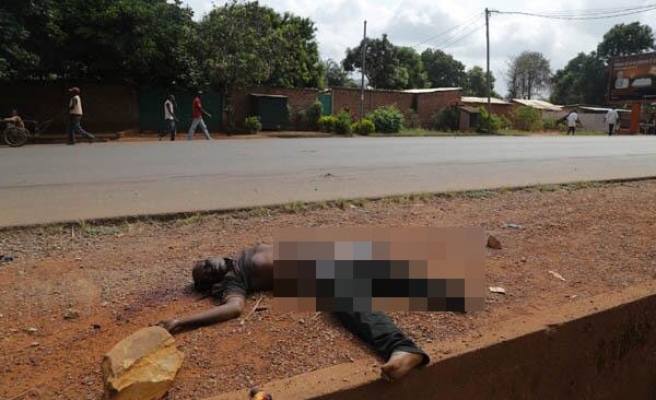 A mob lynched another Muslim on Friday after he fell off a crowded lorry taking frightened civilians out of the strife-torn capital of the Central African Republic.

A large convoy of lorries and taxis packed with Muslims fleeing Christian vigilantes headed north from Bangui under a slew of insults from angry residents.

Muslims  and foreigners in CAR have been fleeing Bangui for several months to escape killings, looting and harassment.

The presence of 1,600 French soldiers and 5,000 African troops has so far failed to stop the tit-for-tat violence, which the United Nations says has already killed more than 2,000 people.

Peter Bouckaert, emergencies director at Human Rights Watch in Bangui, tweeted that the lynched man had been killed.