Ansar Dine, an armed group based in northern Mali, has claimed responsibility for Friday's attack that killed at least five UN peacekeepers 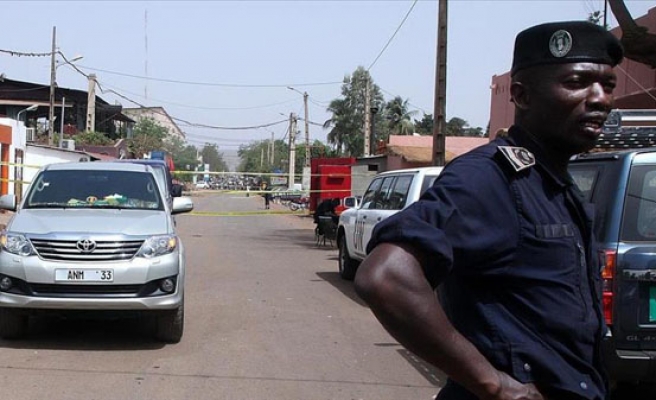 A Malian militant group has claimed responsibility for Friday’s attack on a UN camp in northern Mali that left at least five people dead and injured more than 30 others, according to the UN.

Ansar Dine, an armed group based in the northern part of the country, claimed responsibility for the attack in a statement on Friday night via a Mauritanian news agency, Al-Akhbar.

The deadly attack on the Multidimensional Integrated Stabilization Mission in Mali (MINUSMA) camp in Kidal had left five UN peacekeepers dead, while another attack on a Malian army convoy near Timbuktu killed three Malian soldiers, according to Malian security sources.

The UN condemned the attack in a statement late Friday.

"The secretary-general reiterates that attacks against MINUSMA will not weaken the determination of the United Nations to support the Malian government, the parties to the peace agreement, and the people of Mali, in their efforts to achieve lasting peace and stability," the statement said.

"The attack could be a signal against Germany, which has promised to send more than 600 soldiers to Mali to strengthen its presence in the country," according to a western military attache reached by Anadolu Agency in Bamako.

"Some armed groups in the north have officially declared war on what they call the occupation forces, in this case the MINUSMA and Barkhane [French forces] and the Malian armed forces,” the military attache, who requested anonymity for diplomatic reasons, said.

Ansar Dine was formed in 2012 with headquarters in northern Mali but operates throughout the Sahel region. It is reportedly led by Iyad Ag Ghali, a Tuareg commander. Since its creation, the group has claimed several attacks on Malian and UN forces in Mali.

Last Friday, an attack targeted a base of Nigerian police northwestern Mali’s Minusma Timbuktu. A Malian military personnel as well as at least four assailants were killed, according to Malian authorities. The attack was later claimed by Al-Qaeda in Islamic Maghreb (AQIM).

On Dec. 14, a camp of the UN Mission in Gao, northern Mali, was targeted by gunmen but no casualties were reported.

On Nov. 28, gunmen attacked a MINUSMA base in Kidal, killing two Guinean peacekeepers and a civilian, and injuring 20 others, according to the UN mission in Mali.

The attack was claimed on the same day by a militant group called Ansar Dine.

Several militant groups are known to still operate in northern Mali despite the presence of UN and French forces since 2013.

The Malian government and some Tuareg rebel groups signed a peace agreement in June 2015.