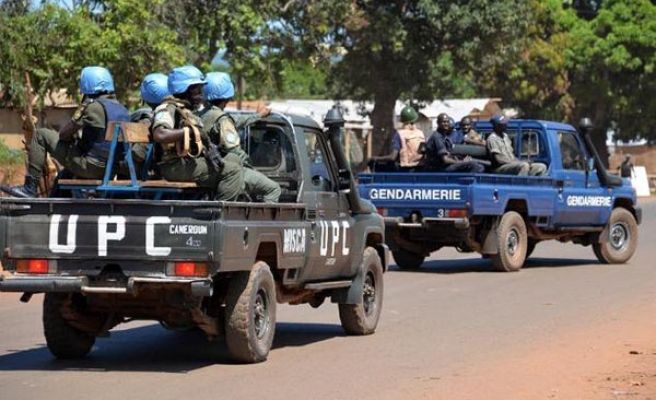 In a fresh wave of sectarian bloodletting in the Central African Republic (CAR), at least ten people were killed on Friday in fighting between Christians and Muslims in the country’s east-central region, local sources have told Anadolu Agency.

Violence first erupted on Thursday in the town of Bambari on the Ouaka River after a young Muslim man was reportedly beaten to death by members of the predominantly Christian anti-Balaka militia.

In retaliation for the young man’s death, Muslim residents reportedly attacked local Christians, according to a local humanitarian official who insisted on anonymity due to fears for his safety.

By Friday, at least ten people had been reported killed and several others injured in full-blown sectarian clashes.

On the same day, residents of Bambari took to the streets to protest the violence, some of whom criticized apparent inaction on the part of UN peacekeepers deployed in the troubled Central African nation.

“We fail to understand what the peacekeepers do in this country,” said one town resident, who likewise spoke on condition of anonymity.

“Young people were slaughtered while MINUSCA troops just looked on,” he added, referring to the UN Stabilization Mission in the Central African Republic, or MINUSCA.

A local Muslim organization, meanwhile, complained it was unable to rein in the more militant elements of the community.

“They are young and we can’t control them,” Oumar Tidjiani, a legal adviser for the Association of Muslim Youth, a local NGO, said, in reference to some local Muslims who had engaged in the violence.

“We’re an Islamic community,” he added. “Our role should be to ensure peace.”

Djotodia stepped down in early 2014 to be replaced by Catherine Samba-Panza – a Christian – amid a wave of sectarian violence between members of the two communities.

In May of this year, following months of tit-for-tat violence between the Christian anti-Balaka militia and Seleka Muslim fighters in which hundreds were killed, both groups agreed to lay down their arms.

The following month, Samba-Panza approved legislation establishing a special court tasked with looking into crimes committed during the sectarian conflict.

Due to the country’s ongoing crisis, presidential elections in CAR – originally slated for 2014 – have been postponed three times. They are currently scheduled to be held in October.

MINUSCA was established by the UN Security Council in April of last year. The chief elements of its mandate include protecting civilians, supporting a political transition process, facilitating delivery of humanitarian aid and promoting human rights.