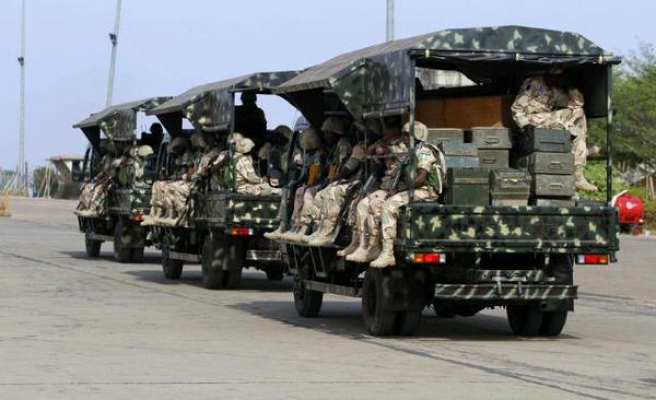 Separatist agitation in the mainly Igbo southeast region reached a boiling point last weekend as army deployed troops to parts of the region as part of what military authorities call a show of force.

Army spokesman Sani Usman said in a statement early Friday that claims of troops withdrawal were “rumors” as the operation will continue in compliance with the law and respect for human rights.

“The attention of the Nigerian army has been drawn to some stories in the media that it is withdrawing its troops from Exercise Egwu Eke II (Python Dance), crediting such information to Abia state governor and the general officer commanding 82 division of Nigerian army. This is not true,” Usman said.

This comes hours after Abia Governor Okezie Ikpeazu was reported as saying that troops would be withdrawn from the streets on Friday to douse tension, heightened by footages of alleged rights abuses by the army and attacks on non-natives by separatists.

An unverified footage showing separatists allegedly attacking a mosque in Umuahia has worsened the tensions, although Muslim and political leaders from the mainly Hausa-Fulani northern region have warned against reprisals.

Local media reported a spillover of unrest in north-central Plateau state with huge Igbo and Hausa population. In return, the government imposed a dusk-to-dawn curfew to douse tension following reported skirmishes between the two groups.

Jama’atu Nasrul Islam, an apex Muslim body, said in a statement that reprisals would benefit no one and called on residents of Plateau state’s Jos city to be calm and peaceful.

Jos was once notorious for ethno-religious violence often between local Berom tribe and Hausa-Fulani, but relative peace has returned to the area in the recent years.

Local media meanwhile aired a short video footage in which the separatist leader claimed that his father may have been taken away by troops. He also alleged that four persons were killed and 15 others arrested in a late Thursday attack on his house.

The army has not commented on the claim.