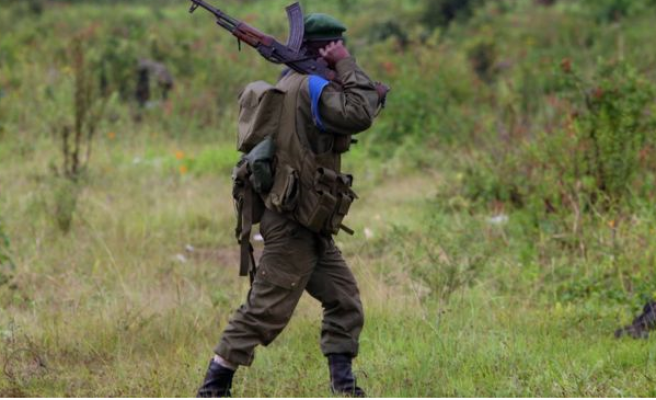 Over 20 Burundian refugees have been killed and 90 others wounded by security forces in eastern Democratic Republic of Congo since Friday, according to an army official Saturday.

Lt. John Mwanamboka said the refugees were killed in Kamanyola area in South Kivu province’s Walungu territory after they allegedly rioted and the Congolese army made an attempt to control the situation.

Eighteen Burundian refugees were killed Friday and three others died Saturday morning; over 90 were injured by bullets, Mwanamboka added.

The refugees were protesting against the decision of DRC officials to extradite two other refugees arrested recently for allegedly making weapons.

“The refugees went in big numbers where the two arrested Burundians were being held, demanding their release,” Mwanaboka said.

“They grabbed a gun from a security officer and fired at the soldiers, killing one of them and seriously injuring a senior police officer. The soldiers responded by firing at the protesters and killing some of them.”

There are over 400,000 Burundian refugees in DRC who fled after violence erupted in their country in April 2015 when incumbent President Pierre Nkurunziza refused to leave power after serving two terms and stood in elections for a third term.

The opposition in Burundi had gone on a rampage, attacking police and army while also killing supporters of Nkurunziza. Thousands of Burundian refugees fled to neighboring countries, including DRC, Tanzania, Rwanda and Uganda.

Out of 40,000 Burundian asylum-seekers, 28,000 who fled hostilities in their country were identified by the DRC’s National Commission for Refugees in Kamanyola.