Ali al-Seriati was considered close to the Tunisian leader and many accuse him of orchestrating violence after Ben Ali fled the country on Jan. 14 following popular protests. 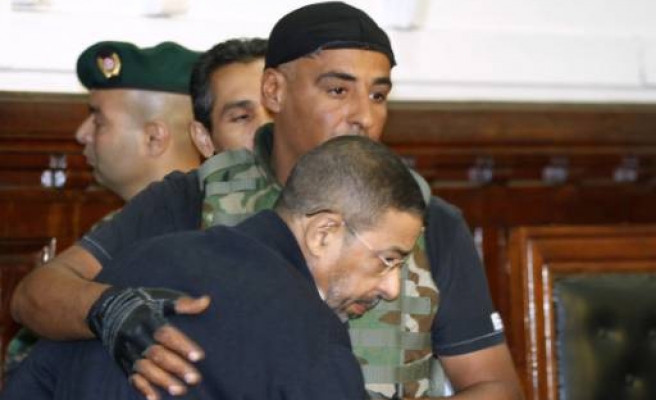 Ali al-Seriati was considered close to the Tunisian leader and many accuse him of orchestrating violence after Ben Ali fled the country on Jan. 14 following popular protests.

He was arrested shortly after Ben Ali's departure and appeared in court on Wednesday charged with providing the former leader's relatives with forged passports to help them escape. He is facing separate charges of trying to sow chaos and internal strife in the wake of Ben Ali's overthrow.

Seriati surprised lawyers in the court by shouting out at the close of the hearing: "I ask the Tunisian people to forgive me. I am Tunisian and I love Tunisia."

Ben Ali's overthrow after weeks of protests inspired the wave of "Arab Spring" uprisings that spread across the Middle East and North Africa this year.

Ben Ali has been tried in absentia. Neither officials on trial in Tunisia, nor those facing charges in nearby Egypt, had apologised for their actions during the revolutions or their years in power.

Egypt's Hosni Mubarak, accused of involvement in killing protesters, went on trial earlier this month, appearing in a hospital bed behind a courtroom cage.

Tunisians want to see Ben Ali behind bars for transgressions during his 23-year rule and the revolution.

The court postponed until Friday the rulings against Seriati and 23 relatives of Ben Ali and his wife Leila Trabelsi, who are accused of trying to flee the country with large quantities of foreign money and jewellery.