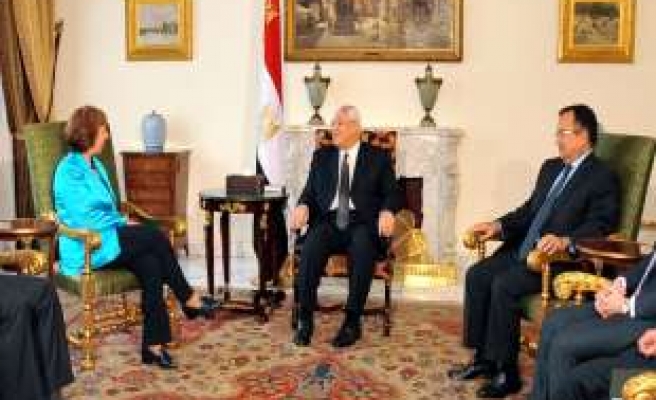 Speaking to reporters, Ashton underlined the need for an inclusive political process in Egypt involving all political forces.

Egypt has been in the throes of political turmoil since the powerful military ousted Morsi – the country's first democratically-elected leader – three months ago following massive and well-coordinated protests against his presidency.

Ashton arrived in Cairo on Tuesday for a two-day visit, her third since Morsi's ouster.