At least 31 dead after Uganda 'landslide'

The disaster took place on Thursday, and also involved a river bursting its banks in the town of Bukalasi in the Bududa district, sending muddy water coursing through a market. 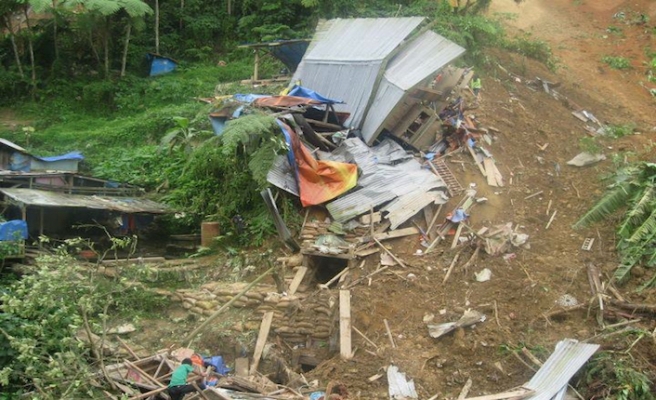 At least 31 people have been found dead in eastern Uganda after heavy rains caused a landslide, a government official said Friday.

"The number of confirmed dead as of now is 31 people," Commissioner for Disaster Preparedness Martin Owor told AFP.

Nathan Tumuhamye, director of an organisation which helps communities recover from natural disasters and conflict, told AFP that "four to five villages", and possibly a primary school had been affected.

Uganda Red Cross spokeswoman Irene Nakasiita on Thursday shared photos of the scene of what she described as a "massive landslide" on WhatsApp, including images of dismembered corpses caked in mud laid out by the river.

Some of the bodies have been partly covered with banana leaves by members of the public.

"I have received the sad news of landslides wreaking havoc in Bududa District, killing a yet-to-(be)specified number of residents. The government has dispatched rescue teams to the affected areas," President Yoweri Museveni wrote on Twitter.

Bududa district in the foothills of Mount Elgon, which lies on the border between Uganda and Kenya, is a high risk area for landslides.

At least 100 people were reported killed in a landslide in Bududa in March 2010 and in 2012 landslides destroyed three villages.