At least two killed in an attack in Somalia 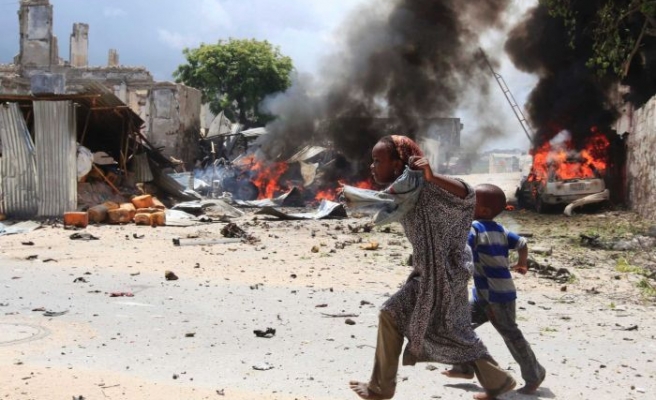 At least two people were killed when al Shabaab attacked the house of a senior police official in the semi-autonomous region of Puntland, police said on Sunday.

The gunmen have carried out several attacks in the region in recent weeks after they were driven out of their strongholds in central and southern Somalia by African Union troops and the Somali army.

Abshir Mohamed, a policeman in charge of security at the deputy police commander Muhidin Ahmed's home, said the rebels drove up to a checkpoint near the house in a minibus late on Saturday.

"They opened fire and hurled grenades at us once when we stopped the car to check," Mohamed said.

Two policemen were killed and five others injured, he said, adding that one gunman was also killed.

Al Shabaab, which analysts say might have moved extra fighters to the northern region of Puntland, claimed responsibility for the attack.

"We were behind the attack," said sheikh Abdiasis Abu Musab, al Shabaab's spokesman for military operations.

A drone strike carried out by the United States last week was reported by the Somali government to have killed Yusef Dheeq, a mastermind of al Shabaab attacks at home and abroad.