An official at the town's hospital said six bodies were brought in and four other people had later died there of their injuries. 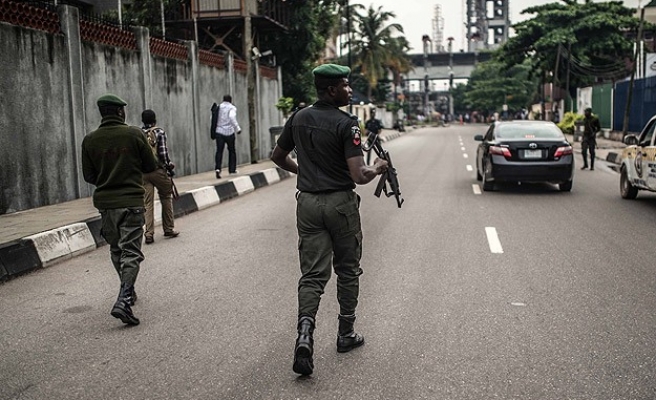 A bomber blew herself up on Sunday, killing at least a dozen people in a cellphone market in Azare, a town in Nigeria's Bauchi State where a similar attack at a bank last week killed seven, witnesses said.

No one claimed immediate responsibility for Sunday's blast, but Boko Haram is suspected of having carried out a wave of attacks this week.

The group has also seized two towns and occupied a third in the country's northeast region since it rejected a ceasefire announced last month by the government.

"I was near the market when I heard a loud sound inside. After a while we rushed to the scene of the blast. I saw lots of people in the ground and blood all over the place," said local resident Ibrahim Ahmed, adding that he had counted at least 12 bodies.

"The severed head of the female suicide bomber was later found, and a crowd of boys took it to the front of the Emir's palace and set it on fire," he said.

An official at the town's hospital said six bodies were brought in and four other people had later died there of their injuries.

Another witness at the market, Shehu Aminu, said: "I got to the scene immediately after the blast. I saw about 20 bodies just lying in blood. Only one person I noticed that was moving."

The state's government and police officials were not immediately available to comment.

At least seven people were killed on Nov. 7 by a blast outside a branch of the First Bank of Nigeria in Azare. Police said at the time that they believed a female bomber was responsible for the explosion.

Azare is about 100-km (60 miles) west of Potiskum, where a bomber blew himself at a school in Monday, killing 48.

Nigeria's President Goodluck Jonathan, who is seeking a second term in a February 2015 election, has vowed to defeat the militants, who are seen as the biggest security threat to Africa's largest economy and top oil producing nation.