Alpha Conde says after months of protests and 15 deaths, it is extremely important that crisis in Togo is resolved peacefully 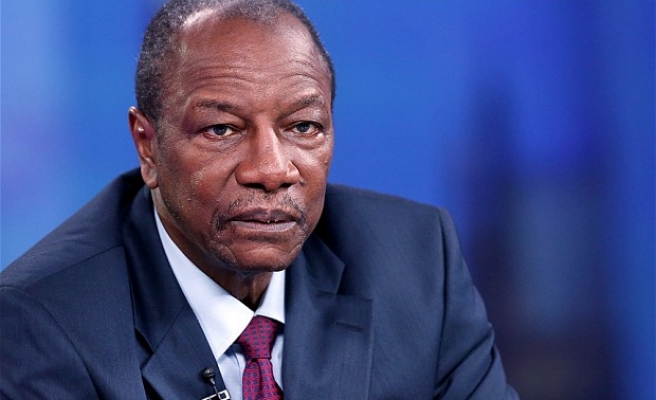 African Union Chairperson Alpha Conde has called on the Togolese government and opposition parties to find a "peaceful" way out of the crisis that has claimed many victims over the past two months.

Conde, who is also the president of Guinea, made the comments in Conakry after a meeting with his Ivorian counterpart Alassane Ouattara late Thursday.

“We have reviewed a series of questions, notably on the single currency. It's a goal we have together. We also exchanged views on the situation in Togo. It is extremely important that things evolve peacefully in the country and there should be a solution that would allow the Togolese people to continue moving forward, " Conde told the press.

The West African nation has seen two months of protests against President Faure Gnassingbe’s rule. He has been president since 2005, when he succeeded his father, who had been in power since 1968, making it the longest dynasty in Africa.

At least 15 people have been killed since August, when hundreds of thousands began taking to the streets.

"We trust President Conde on the situation in Togo,'' Ouattara said.

The two presidents also spoke about an African Union summit to be held on Nov. 29-30 in Abidjan, Ivory Coast.

"This summit will be a success," Conde added.