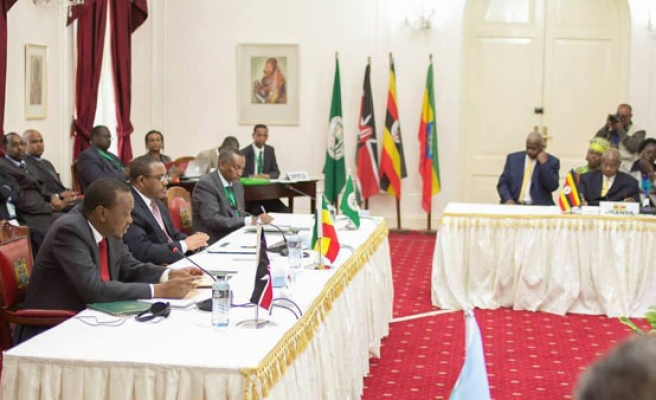 Top officials from the African Union (AU), the Institute for Security Studies, and the Intergovernmental Authority on Development (IGAD) met in Nairobi on Tuesday for a two-day summit to discuss security in East Africa.

Einas Mohammed, senior policy officer for the AU Commission’s peace and security department, told Anadolu Agency that the porous nature of national borders in Africa had allowed illicit networks to smuggle weapons – a trend IGAD has worked hard to combat.

“IGAD has always played an important role; we can see that in South Sudan – and across the region – it has adapted itself and developed programs that deal with the particularities of the region,” Mohammed said.

She went on to point out that, over the years, IGAD – an East African regional bloc based in Djibouti – had developed a security program to deal with arms control, maritime security and other instruments aimed at non-proliferation.

“We believe IGAD has a very important role to play in the region in addressing a number of transnational threats,” she said.

“IGAD is working to contain emerging security threats with regards to the chemical, biological, radiological and nuclear weapons that terrorists may acquire,” Beyene told Anadolu Agency.