Kambudzi said the force’s mandate would be to protect civilians and help stabilise the country and restore the central government in the former French colony, which is rich in gold and diamonds. 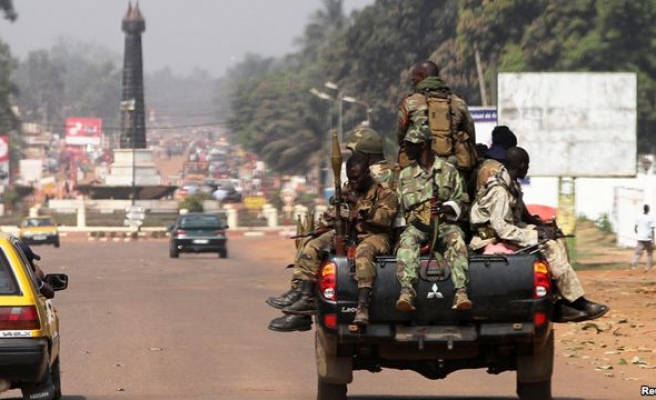 The African Union will form a new 3,600-strong peacekeeping mission for Central African Republic (CAR) to step up efforts to stabilise the fractious country, officials said on Friday.

Admore Kambudzi, secretary of the AU's Peace and Security Council, said an existing regional peacekeeping mission known as MICOPAX would be rolled into the larger new force from August.

He said its mandate would be to protect civilians and help stabilise the country and restore the central government in the former French colony, which is rich in gold and diamonds.

Central African Republic, a nation of 4.5 million at the heart of the continent, has suffered decades of instability. Seleka rebels toppled the president in March, causing chaos and a humanitarian crisis.

Ramtane Lamamra, commissioner of the Peace and Security Council, said 2,600 troops contributed voluntarily by AU members would be sent to beef up the roughly 1,100 troops in MICOPAX.

"It is aimed at moving from the situation that CAR and the region have been experiencing for quite some time to a different kind of engagement on the part of the international community," Lamamra said.

The United Nations says more than 49,000 refugees have fled to neighbouring states since December, mainly Democratic Republic of Congo, Chad, Cameroon and Congo Republic. More than 200,000 people have been displaced within the country.

Local rebellions, banditry, ethnic tensions and spillover from conflicts in Chad, Sudan and Democratic Republic of Congo have long undermined stability in the country, which has endured misrule and lawlessness since independence from France in 1960.