The international arrest warrant against Sudanese President al-Bashir is a threat to African security, the African Union president said. 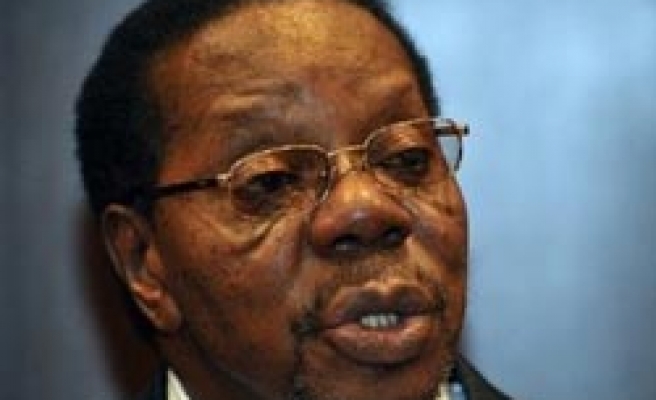 "To subject a sovereign head of state to a warrant of arrest is undermining African solidarity and African peace and security that we fought for for so many years," said Malawian President Bingu wa Mutharika, current head of the pan-African organization at the opening of the AU summit in the Ugandan capital, Kampala.

The summit is to consider a proposal to ignore International Criminal Court warrants, accoridng to AllAfrica.com.

Bashir was indicted by the International Criminal Court (ICC) for war crimes in Darfur last year.

This month the court added genocide to the charges, accusing him of orchestrating murders, rapes, and torture in the troubled western region.

Mutharika urged his counterparts at an AU summit in Kampala to look for ways of resolving the conflict in Sudan without the need to arrest.

Some African leaders say the court is obsessed with prosecuting Africans and ignores war criminals on other continents.

A draft of a resolution to be passed at the African Union (AU) meeting in Ugandan capital Kampala, seen by Reuters on Saturday, contained two contentious clauses that have triggered horse-trading behind the scenes at the event.

But both paragraphs were removed after arguments that went on until 3 a.m. on Sunday, AU and Western diplomats said.

"(The AU) reiterates its decision that AU member states shall not cooperate with the ICC in the arrest and surrender of President Bashir," the paragraph said.

"Those two parts caused a big fight between the delegates," an African diplomat, who was at the meeting, told Reuters.

The latest draft resolution also "rejects for the moment" a request by the ICC to open an "Africa liaison office" in Ethiopian capital Addis Ababa, diplomats said.

"South Africa, Ghana and Botswana led the argument that the clauses should be removed," a Western diplomat, who had seen the altered draft, told Reuters.

"Libya, Eritrea, Egypt and some other countries who have not signed up to the ICC fought strongly against that but they lost out in the end."

Bashir should be arrested for war crimes,if only, if the same ICC will order the arrest of both ex-preident G W BUSH AND EX-PREMIER TONY BLAIR for the same offence that bashir alleged to av committed.and also some western leaders that contributed resources to the wars in IRAQ and AFGANISTAN..period