U.N. Secretary General Ban urged Rwanda not to end its peacekeeping operations in Sudan as he sought to defuse rising tensions over a leaked U.N report. 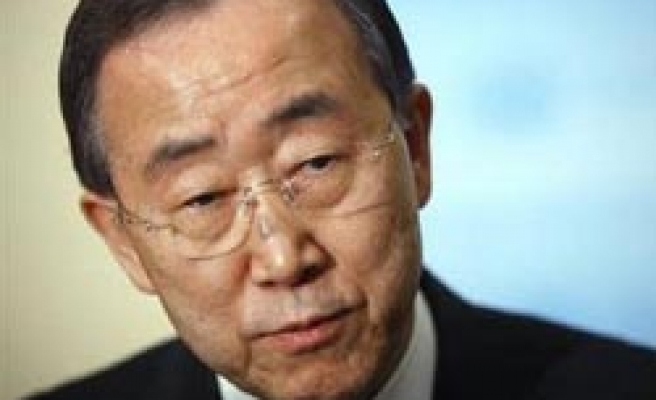 U.N. Secretary General Ban Ki-moon urged Rwanda on Wednesday not to end its peacekeeping operations in Sudan as he sought to defuse rising tensions over a leaked U.N report.

Ban said the report, which in its draft form said Rwandan soldiers may have committed genocide in Democratic Republic of the Congo in the 1990s, would be released after U.N. members and interested parties had an opportunity to respond.

"I commend Rwanda's support of the whole U.N. agenda and peacekeeping in the Sudan. I have asked President (Paul) Kagame to continue with that contribution around the world and in particular when we are going to see a referendum in Sudan in January next year," Ban told reporters at Kigali's airport.

Ban arrived in Rwanda on Tuesday and left on Wednesday after meeting Kagame and Foreign Minister Louise Mushikiwabo.

Rwanda says the allegations are "malicious" and "ridiculous" and Mushikiwabo reiterated on Wednesday that the central African country would take "strong action" if the report were not amended.

Ban said the United Nations was interested in establishing the facts relating to what happened in neighboring Congo during the 1990s.

The U.N. report covers more than 600 serious crimes committed by various forces during the 1993-2003 period in which tens of thousands of people were killed, U.N. officials say.

"Rwanda will never accept that the Rwandan Defence Forces be accused of crimes they are not guilty of and that is the bottom line," Mushikiwabo told reporters.

"All of us who are committed to peace and stability in Sudan hope very much that the government of Rwanda will find its way to maintaining its troop commitment in Sudan," she told reporters on a conference call.

Rwandan forces had taken part in peacekeeping in Darfur from the start, had "taken enormous casualties" and "performed extremely bravely and effectively," she said.