Ban urges S.Sudan leaders not to 'betray us' over peace

Peace deal is aimed at ending 21 months of civil war between Kiir's government and rebels, but it has been marred by heavy fighting 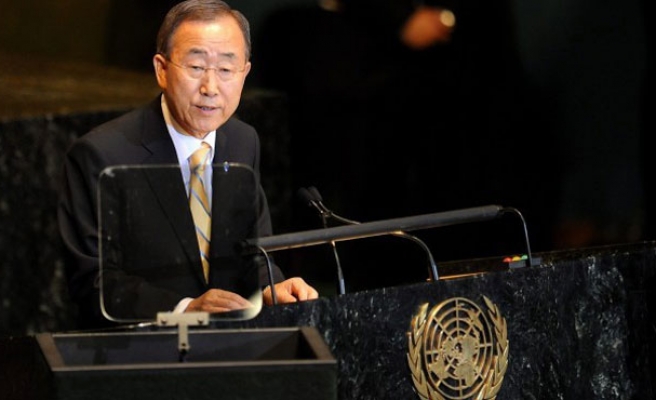 UN Secretary General Ban Ki-moon on Tuesday urged South Sudan not to "betray and disappoint us" after its president promised a UN meeting he would implement a faltering peace agreement.

"We are here all to help you. I hope you will not betray and disappoint us. I sincerely count on your leadership," Ban said shortly after President Salva Kiir addressed the high-level meeting at the United Nations by video link.

The peace deal is aimed at ending 21 months of civil war between Kiir's government and rebels. But it has been marred by heavy fighting.

The army and armed opposition repeatedly accuse each other of breaking an internationally brokered August 29 ceasefire deal, the eighth such agreement to have been signed since civil war broke out in December 2013.

"I am deeply committed to the full and timely implementation of the agreement and I have the moral and constitutional responsibility to restore peace and development for my people," Kiir said Tuesday.

The UN chief welcomed his "strong commitment" to the agreement in his address to the meeting on the sidelines of the UN General Assembly.

"We are all with you Mr President," Ban told Kiir. "And I wish you all the best," he added to applause from dignitaries in the room before having to leave the meeting early due to scheduling commitments.