Riding several Hilux vans, insurgents reportedly arrived in the town as early as 7am and started shooting. 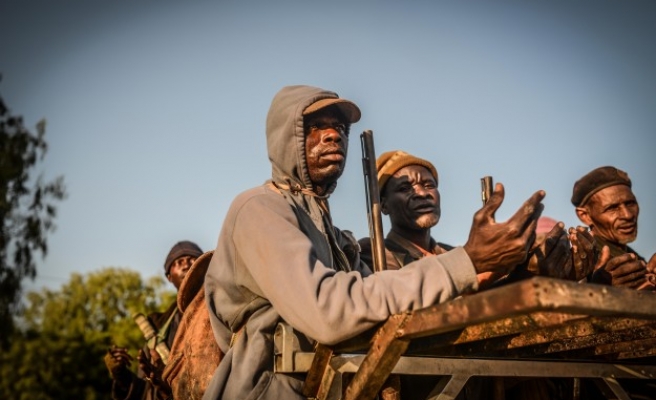 Earlier, explosions and gunfire could be heard after the fighters overwhelmed a checkpoint at the edge of the city, which has been bombed before but has never had the insurgents attempt to take it over.

Witness Abdul Hassan said soldiers had run away after the checkpoint was overwhelmed. The militants then burned down a police station on the outskirts of town, he said.

"I crossed a river and ran into the hills," he said. "I'm still there and I can hear the fighting."

Others were staying indoors. Witness Hussaina Maji said she was unable to leave her house for fear of being caught in crossfire.

Nigeria has postponed a presidential election that had been due on Saturday, for six weeks, citing the security threat from Boko Haram.

"There are gun shot sounds everywhere and heavy artillery fire. People are running down the streets from the area which under attack, The whole town is in a state of panic," resident Godfret Obeate told Reuters by telephone.

Boko Haram attacked a village in Chad on Friday, the first known lethal attack in that country by the Nigerian militant group, which killed several people including a local chief according to residents and security forces.