The attack is underway and residents are fleeing 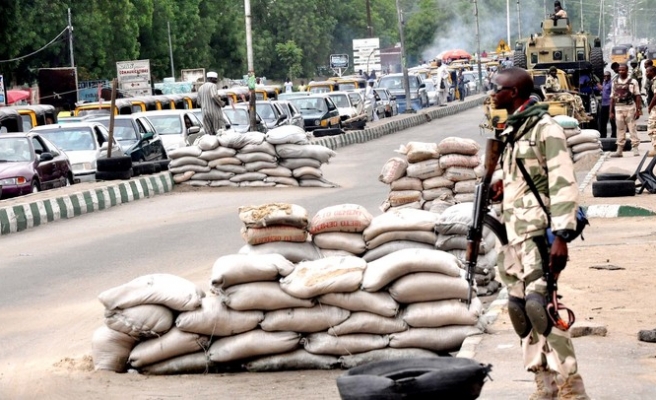 Boko Haram militants on Sunday mounted a fresh attack on Maiduguri, the provincial capital of the northeastern Borno State.

"We're repelling them," a military source told The Anadolu Agency on condition of anonymity.

"Troops are shelling the terrorists now," he said.

Sporadic gunshots were heard from some communities at the outskirts west of Maiduguri at about 6am.

The attack is emanating from settlements at the western side where Giwa barrack, former 21 Armoured Brigade of the Nigerian Army, is located.

AA reporter in Maiduguri saw hundreds of local vigilantes moving toward the area on trucks.

"More of our members are also on standby," said Haruna Mamman, a leader group.

A military fighter jet is hovering around the area as many residents took to their heels.

"Many people in my area are fleeing because the battlefield is near us," Esther Ogunlade, a local resident, told.

"I have fled my house already with my neighbor," she said.

Hundreds of Boko Haram militants attacked Maiduguri last Sunday but were repelled by the military.

Maiduguri has witnessed two major Boko Haram attacks since 2013, during which a number of insurgents were apprehended by local vigilante groups.

A seemingly emboldened Boko Haram recently stepped up its militant activity, seizing several areas of Nigeria's Adamawa, Yobe and Borno states, where it has since declared an "Islamic caliphate."