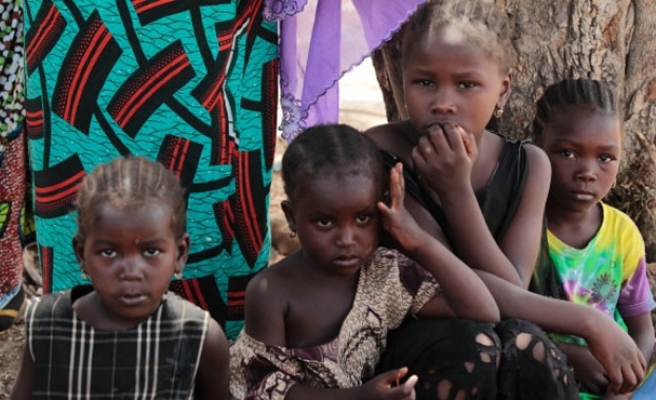 Boko Haram fighters have killed more than 100 people in the north Cameroon town of Fotokol, murdering residents inside their homes and a mosque, a local civic leader said on Wednesday.

The massacre comes amid a major regional offensive against the group, which has kidnapped hundreds and killed thousands in neighbouring northern Nigeria and has mounted increasingly bloody cross-border raids.

"Boko Haram entered Fotokol through Gambaru early in the morning and they killed more than 100 people in the mosque, in the houses and they burned property," said the civic leader Abatchou Abatcha, reached by telephone.

The militants shot and killed one of his sons during the raid, he added.

Many of the dead were found with their throats slit, according to Cameroon's L'Oeil du Sahel newspaper.

Cameroon's information minister Issa Tchiroma declined to comment on the massacre. He said the Cameroon army pushed Boko Haram out of the border town after heavy fighting, which killed 50 militants and six of its own soldiers.

The group is seen as the main security threat to Nigeria, Africa's biggest economy and top oil producer which holds a presidential election on Feb. 14. The African Union last week authorised a regional force of 7,500 troops to fight the militants.

Chad's army and state television said it had "completely wiped out" Boko Haram bases at Gambaru and Ngala in northern Nigeria on Tuesday, killing more than 200 militants. Nine Chadian soldiers died, they added.

Chadian TV footage on Wednesday showed jubilant Chadian soldiers cheering near to the bodies of what it said were two Boko Haram fighters.

Chad and Cameroon are deploying thousands of troops and Niger has reinforced its border against the militant group which has been fighting for five years to create an emirate.

But analysts say they are facing an uphill battle against a sect that has already seen off major offensives by Nigeria's military.

Chad, reputed to have one of the region's best militaries, has carried out air strikes on insurgent positions over the last few days. Former colonial power France is also sending aircraft from its base in the Chadian capital to carry out surveillance missions in the border area.