Boko Haram: 'We can't be defeated' 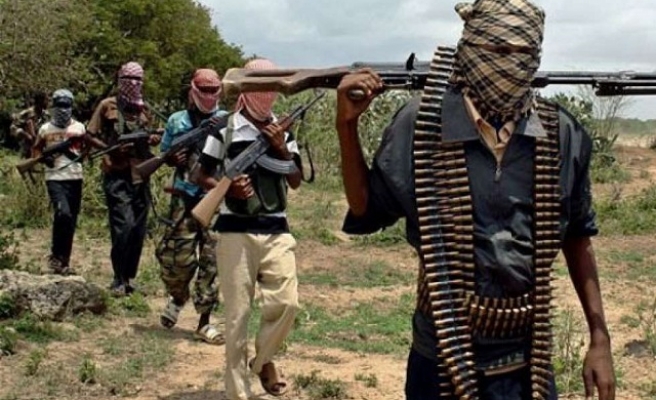 The Boko Haram militant group has released a four-minute video showing hundreds of its fighters attending Eid al-Adha prayers in Nigeria’s Sambisa Forest, apparently belying recent claims by the army that it had driven the militants from their main strongholds.

“The Nigerian army and the disbelievers lied; we are here in the Sambisa Forest and its environs,” a bearded man in a black turban and flowing white gown says after leading hundreds of militants in prayer.

“We remain strong in the work of Allah; we cannot be defeated,” he adds in Nigeria’s local Hausa dialect, which is roughly translated into English.

The footage opens with several rifle-toting militants -- most wearing turbans of various colors -- marching to the prayer ground, which is bedecked with flags of the ISIL militant group.

One of the speakers in the video voices solidarity with ISIL’s various regional chapters, after which a cow is slaughtered in celebration of the Eid al-Adha or “Feast of the Sacrifice”.

Boko Haram leader Abubakar Shekau does not appear in the latest video, again raising questions about his status within the group.

In an audio message that emerged early this month, Shekau denied claims that he had been killed or superseded as chief of the notorious militant group.