No one was hurt in the blast, which damaged two nearby cars 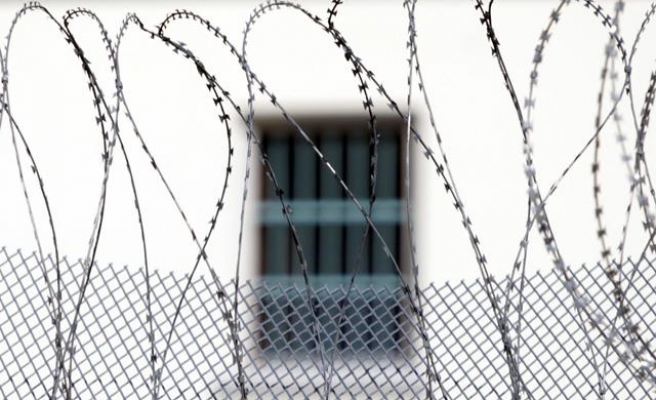 A car bomb exploded near a prison in the Libyan capital where former officials of Moamer Kadhafi's regime, including the leader's son, are being held, an official said.

"The car blew up around 150 metres (yards) from the prison's perimeter wall," he said.

"Initial investigations found that a woman parked the car there under the pretext of wanting to visit an inmate."

Ghellani said no one was hurt in the blast, which damaged two nearby cars.

Al-Hadba is controlled by the Fajr Libya militia coalition which seized Tripoli last year and is opposed to the internationally recognised government which is based in the east.

The jail is currently home to several former Kadhafi henchmen, many of whom have already been sentenced to death or to life imprisonment for crimes committed during the longtime autocrat's decades-long rule.

His son Saadi is being held there. The former Libyan football team captain was extradicted to Libya from Niger in March 2014 and is due back in court on Monday.

Last year, a video emerged appearing to show officials and guards at the prison ill-treating several detainees, including Saadi.

The extremist SIL group has taken advantage of the chaos engulfing Libya since Kadhafi's ouster in 2011 to expand into some coastal areas and claim a number of bombings in Tripoli, including a car bomb last week on an oil firm headquarters.