Muslims in the village of Konduga, in the northeasterly Borno state, were observing Friday prayers when the pick-up truck approached 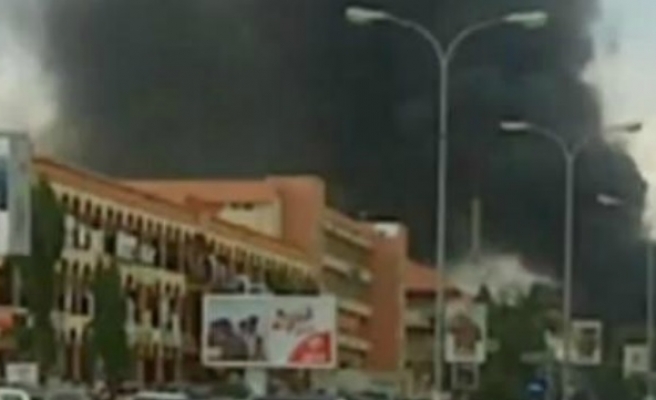 A bomber targeting worshippers at a mosque in a remote village in northeast Nigeria killed five people and wounded dozens, a security source said.

The source, who declined to be named, said Muslims in the village of Konduga, in the northeasterly Borno state, were observing Friday prayers when the pick-up truck approached.

A local vigilante group stopped the truck to inspect it and the bomber then detonated the bomb a few metres away from the mosque, he said. There was no immediate claim of responsibility.

Witness Mohammadu Sheriff, speaking of the attack in the village of Konduga, said he had seen the vigilantes conducting checks on a pick-up van carrying firewood.

"Suddenly it exploded," he told Reuters by phone. "It would have been more devastating if the bomber had succeeded in driving near the mosque, which had over a thousand people in it."

Meanwhile, Nigeria's military said on Saturday that it had killed 53 fighters from the Islamist Boko Haram group when it repelled an attack on a military base in the northeast Nigerian town of Damboa.

A statement from defence spokesman Major-General Chris Olukolade added that five soldiers and a senior military officer had also been killed in an exchange of fire on Friday night.

The military often reports high casualty figures for the rebels and relatively low ones on its own side. It is usually not possible to verify these reports independently.

The army earlier said that on Friday evening, insurgents fired on a military base in the northeastern town of Damboa with rocket-propelled grenades, Gideon Jubrin, police spokesman for Borno state, said. He had no information on casualties.

Another security source said the raid was a revenge mission after dozens of Boko Haram militants were killed in an air and ground offensive on two of their camps in areas of Borno called Yejiwa and Alagarno.