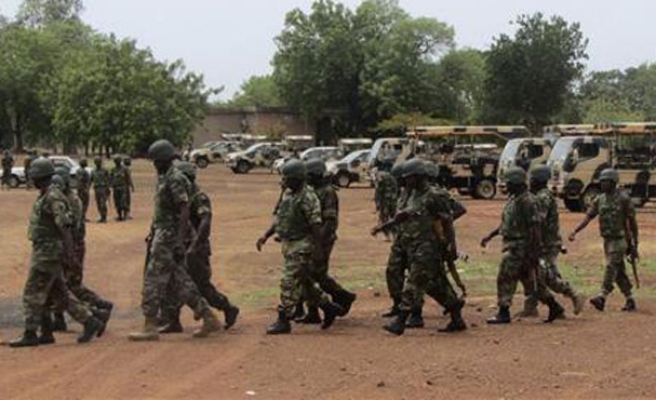 The army on Friday said it had “liberated” Banki – a border town in Nigeria’s northeastern Borno State – from the Boko Haram militant group, while also claiming to have destroyed seven camps run by the militants.

Banki, which straddles the border between Nigeria and Cameroon, is considered a major commercial hub.

According to army spokesman Sani Usman, the army recaptured the town on Thursday after fierce fighting with Boko Haram militants.

“Several Boko Haram terrorists were killed in the fighting, while several others were captured alive between Banki junction and Ngorosoye,” Usman said.

Army troops, he added, had also destroyed a school run by the militants.

Anadolu Agency could not immediately verify the army's claims, but Jubrin Gunda, a spokesman for a Borno-based pro-army vigilante network, corroborated the report.

“Banki fell to the army in an operation that also had the support of our men,” Gunda told Anadolu Agency by phone.

“Many Boko Haram militants were killed and dozens captured,” he said.

Banki had been in the hands of Boko Haram since 2014, when it was captured alongside other key towns – including Monguno and Baga – in which hundreds were massacred.

Both Monguno and Baga have also since been retaken by the Nigerian army.