The statement attributed the move to cancel the meeting to what it described as the "political exploitations" of contacts between Beshr and the panel's head. 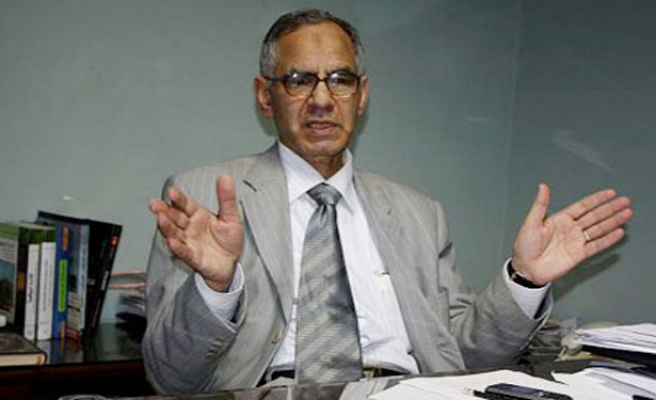 A senior Muslim Brotherhood leader on Sunday cancelled out a meeting scheduled for Monday with the head of a state-appointed fact-finding commission into the events that followed last year's ouster of elected president Mohamed Morsi.

"But Beshr scrapped the meeting after the panel head violated his pledges about neutrality and independence," his office said in a statement on Sunday.

The statement attributed the move to cancel the meeting to what it described as the "political exploitations" of contacts between Beshr and the panel's head.

It argued that the commission demonstrated "unjustified silence" towards the exploitation of the "pro-coup" media of the scheduled meeting.

Riyad's fact-finding commission was formed by a presidential decree last December to collect information and evidence on events that followed the June 30 protests that led to Morsi's ouster.

Riyad said on Thursday that Beshr had agreed to give his version of the events in question.

He added that Beshr would meet commission members on Monday to give his account of the August 14 dispersal of two major pro-Morsi, including one held in eastern Cairo's Rabaa al-Adawiya Square.

Beshr, meanwhile, said he contacted Riyad on Thursday and received assurances that his commission would be independent.

The Brotherhood had earlier turned down an invitation to cooperate with the commission due to what it described as "a disregard" for the group's point of view in the past.