Several university staff members affiliated with the Muslim Brotherhood, the movement from which the ousted president hails, have been absent from work since June 30. 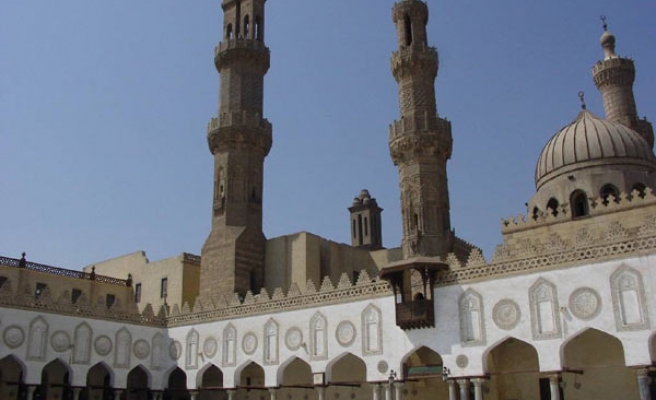 Al-Azhar University President Osama al-Abd said on Tuesday that his university would begin taking legal measures against staff members, including those linked to the Muslim Brotherhood, who had been absent from work since the June 30 protests that culminated in the ouster of elected president Mohamed Morsi.

Several university staff members affiliated with the Muslim Brotherhood, the movement from which the ousted president hails, have been absent from work since June 30.

Al-Bar had been on the run since the violent dispersal of two anti-coup sit-ins on August 14, while al-Beltagi was arrested a few weeks ago and is now in prison.

Law No. 47/1978, which regulates work relationships in state institutions, stipulates that university professors must forfeit their salaries if they are absent from work for an entire month.

If absent from work for a second month, professors should be given a dismissal warning, according to the law.

In the event they are absent for a six-month period, the same law stipulates, professors should be fired – without any need for legal arbitration.

Noureddin told AA that the university would not act against either al-Beltagi or al-Tabie now, since both are currently in detention. He said that university administrators would await a court verdict on the charges lodged against the two men.

According to al-Abd, al-Bar had sent the university a request for unpaid leave a few days ago. The university had refused the request, however, since al-Bar had already been absent for an entire month, said al-Abd.