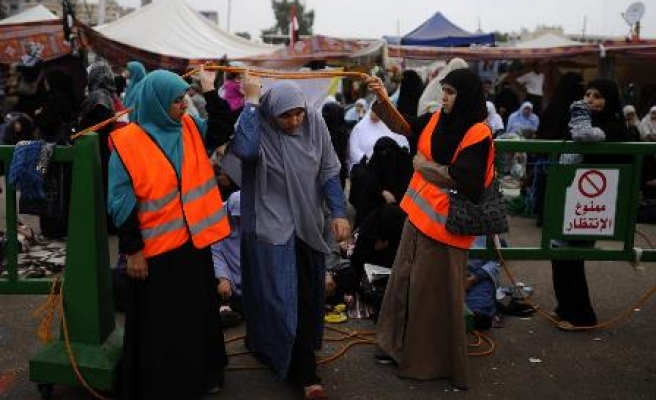 The Muslim Brotherhood has condemned the "inaction" of human rights groups toward hostile practices against female supporters of deposed President Mohamed Morsi.

In a Wednesday statement, the Islamist group said several women have been killed, arrested, abducted and harassed at detention camps and police stations.

"However, women rights group or human rights organizations have failed to act or raise a voice in condemnation of, or even to call for investigating, violations against free women participating in a peaceful revolution or a sit-in," it said.

Ever since Morsi's July 3 ouster by the army, his supporters have been staging rallies to denounce what they call the "military coup" against the elected president and to demand his reinstatement.

Hundreds of people have been killed during this process.

The numbers could not be verified by independent sources.