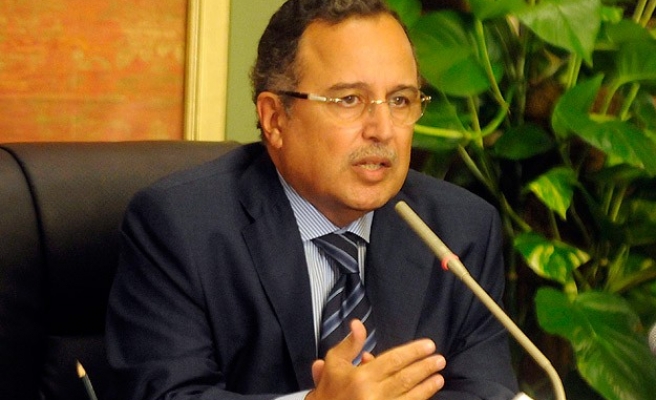 Fahmi is leading Egypt's delegation at the meetings of the UN General Assembly in New York.

"This man is a minister in an unrecognized government installed by an unrecognized president, who was named by a defense minister who has staged a military coup against a legitimate president," the Brotherhood said in a statement, a copy of which was obtained by Anadolu Agency.

The army deposed elected president Mohamed Morsi on July 3 after mass protests against his presidency.

The Brotherhood accused the military-backed authorities of "committing bloody massacres against opponents of the coup," arresting political leaders and activists and terrorizing civilians.

It appealed to all countries and institutions "not to recognize this government and prevent the foreign minister from representing Egypt."

Egyptian authorities have unleashed a massive crackdown on Brotherhood leaders since last month's dispersal of two sit-ins set up by supporters of Morsi, in which hundreds of protesters were killed by security forces.

EGYPTIANS WILL GET EXACTLY WHAT THEY DESERVE , OPPRESSION AND SUFFERING UNDER SIS AND HIS THUGS, BECAUSE THEY FIRST FOUGHT FOR FREEDOM AND THE REJECTED DEMOCRACY.

Unfortunately the MB have failed to understand their credibility as an organisation has gone. much of what was written, interpreted and shown (not all) was manufactured to cover up lies to win sympathy. Most of those rounded up were those released by Morsi after he came into power. Horribly this is what innocent Egyptian are now paying for.