"The judicial war in Egypt is one of the weapons used by the military coup," FJP spokesman Hamza Zoubaa said 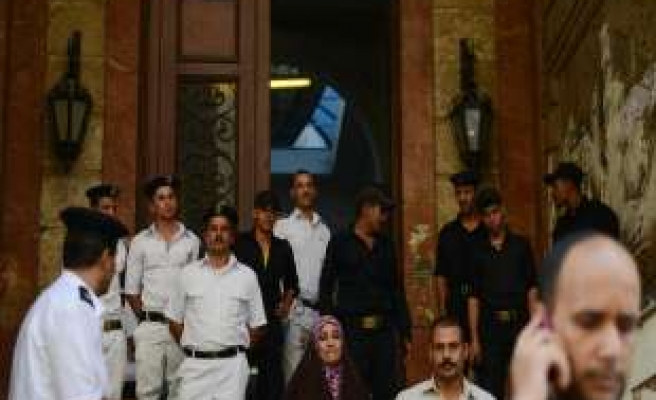 The Freedom and Justice Party (FJP), the political arm of the Muslim Brotherhood, lambasted on Monday a judicial body's recommendation to dissolve it, dismissing the move as part of a "war" on the group and its party by Egypt's judiciary.

"The judicial war in Egypt is one of the weapons used by the military coup," FJP spokesman Hamza Zoubaa told Anadolu Agency by phone. "Thus, we expect anything."

Egypt's State Commissioners Authority on Monday recommended the dissolution of the FJP, which was chaired by ousted President Mohamed Morsi before the latter's 2012 presidential election victory.

Zoubaa said that the FJP's lawyers would take the necessary measures to prevent any legal action against the party.

Recommendations issued by the State Commissioners Authority are not binding, although in recent years Egyptian courts have consistently adopted them.

"This recommendation is nothing more than a desperate attempt to marginalize the Muslim Brotherhood," Zoubaa said.

He expressed doubt that the attempt would succeed, noting the Brotherhood's long history in Egypt.

The party spokesman went on to cite the failures of Egypt's successive regimes to marginalize the Islamist group.

The Muslim Brotherhood has been the target of repeated crackdowns under Egypt's three former presidents: Gamal Abdel Nasser, Anwar Sadat and Hosni Mubarak.

A nationwide crackdown on the group was launched yet again following the July 3 ouster of elected President Mohamed Morsi by Egypt's powerful military establishment.

Zoubaa asserted that Monday's recommendation by the State Commissioners' Authority would not affect the FJP's popular standing, saying, "Nobody can bring us to our knees."