The general in charge of the failed coup in Burkina Faso last month has been formally charged, along with one other top official accused of supporting the overthrow of Burkina Faso's government. 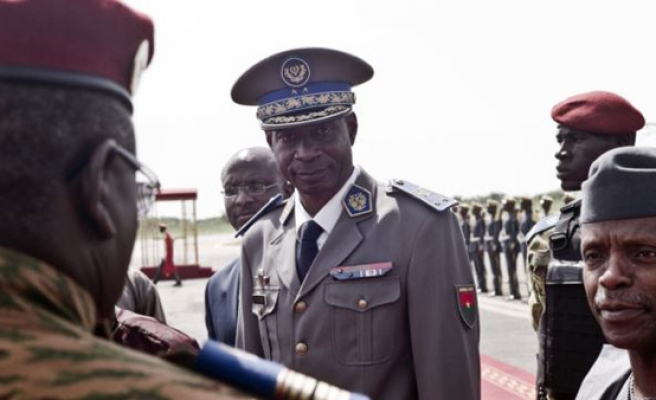 The general behind Burkina Faso's failed coup was charged, together with a former top aide to ousted president Blaise Compaore, with "murder" and "attacking state security" on Tuesday, judicial sources said.

General Gilbert Diendere and Djibrill Bassole, a former foreign minister under Compaore, were also charged with "collusion with foreign forces to destabilise internal security", "causing intentional injury" and "intentional destruction of property" over the short-lived September 17 putsch, the sources said.

The pair were remanded in custody.

Diendere gave himself up last week after refuge at the residence of the Vatican's ambassador to the west African country just before an army raid on the barracks of his elite, Compaore-loyal Presidential Security Regiment.

He had said he was willing to face justice.

Elsewhere Leonce Kone, from Compaore's Congress for Democracy and Progress (CDP) party, and Hermann Yameogo from the National Union for Democracy and Development, were taken into custody on Monday night, police said.

The two politicians are the first civilians to be arrested in connection with the coup.

Bassole was among the former members of Compaore's regime who were barred from running in upcoming presidential and parliamentary elections on the grounds they had backed the former strongman's bid to extend his 27-year grip on power.

One of the demands of the putschists was that the elections be "inclusive", meaning that Compaore loyalists like Bassole, who had announced a bid for president, be allowed to run for office.

After six days the coup leaders handed back power to the interim government that has been running Burkina Faso since Compaore's ouster in a popular uprising in October 2014.

Ten people were killed in the September disturbances, according to the interim government.