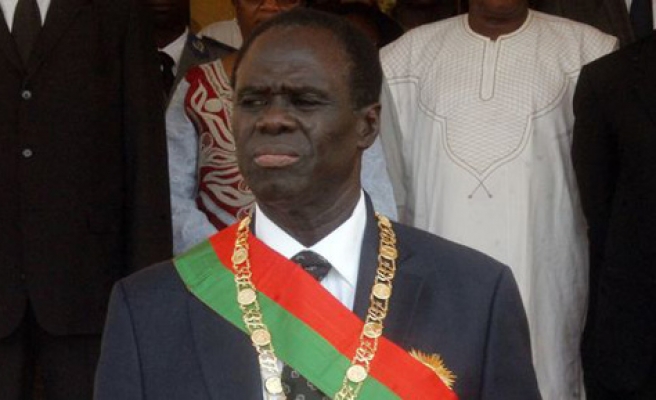 The interim president of Burkina Faso has been reinstated a week after being deposed in a military coup, local media reported Thursday.

Michel Kafando was returned to office in a ceremony in capital Ouagadougou on Wednesday, overseen by leaders from Benin, Niger, Ghana and Nigeria who had helped negotiate an end to the crisis.

In a news conference following a meeting with the president of Niger, coup leader Gen. Gilbert Diendere admitted the coup attempt - which resulted in at least 15 deaths - had been “the biggest mistake”.

He added: “We knew the people were not in favor of it. That is why we have given up.”

Diendere’s presidential guard troops - the Regiment of Presidential Security - agreed to return to their barracks on Tuesday. The unit is loyal to former President Blaise Compaore, whose party has been banned from running in next month's election.

“For me, the coup is over,” Diendere said. “We will not talk about it anymore. We must seek peace.”

Military intervention was opposed by ordinary Burkinabes as well as senior army commanders, who issued an ultimatum to Diendere on Monday as regular troops entered the capital. It was also condemned by the African Union as well as Turkey, the U.S. and France.

Earlier, Kafando commended the “fearlessness of the people of Burkina Faso, in particular of its youth” for standing up to the takeover.

A national election is scheduled for Oct. 11 - the first since Compaore was toppled by protests a year ago after 27 years in power. Kafando was appointed last year to guide the country towards democracy.

It was unclear what would happen to the coup leaders or whether the presidential guard would be disbanded.

Following the stand-off between the guard and regular troops, life returned to normal in Ouagadougou as locals headed to shops to stock up for the Muslim feast of the sacrifice, known locally as Tabaski.

Burkina Faso is an ally of the U.S. and France in the battle against al-Qaeda-linked militants in the Sahel region.