Burkina to review presidential guard's role amid row with premier 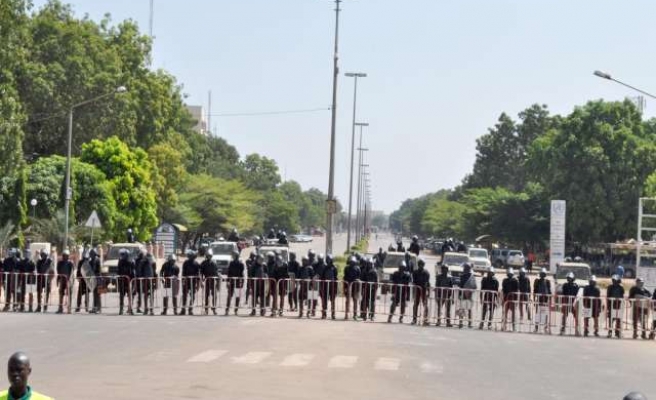 Burkina Faso has said it will review the presidential guard's role to try to defuse a dispute between Prime Minister Isaac Zida and the elite corps frustrated by his efforts to cut its pay and curtail its influence.

The announcement came after Zida unexpectedly cancelled a cabinet meeting on Wednesday following calls from within the guard for him to resign and abandon efforts to reduce the guard's size and pay, military sources said.

The tension between the guard and Zida, a former senior commander in its ranks, prompted United Nations and African Union officials to warn against any interference in the West African country's transition to democracy.

Zida leads a cabinet dominated by military leaders that took over after protesters backed by the elite guard ousted long-time president Blaise Compaore last October. It is mandated to lead the Burkina Faso to elections in October.

Transitional President Michel Kafondo said after a meeting with military commanders late on Wednesday that he would create a commission "to rule on the future role and functioning of the presidential security regiment".

"The head of state appeals to everyone for calm," he said in a statement, adding Zida would also hold talks with army chiefs.

The transitional government faces a budgetary shortfall this year and is under pressure to reduce spending, amid popular demands that it also improve living standards.

As part of Wednesday's deal, some senior military appointments made by Zida will be reviewed, a military source said.

In the wake of the agreement, civil society groups initially abandoned a call for protests in Ouagadougou on Thursday.

However, in a joint statement later in the day they called for the presidential guard to be dissolved and announced a demonstration on Saturday against what they said was its attempt to "sabotage the democratic transition."

The uprising that toppled Compaore after 27 years in power stirred hopes of democratic change in many African countries where long-term leaders are nearing the end of their terms.

Protesters in Democratic Republic of Congo cited the Burkina uprising as an inspiration for street protests last month that forced the government to drop plans for legal changes that could have delayed elections.

Jeffrey Feltman, United Nations Under-Secretary-General for Political Affairs, said in Burkina Faso on Wednesday that the international body would tolerate no attempt to interfere with the transition.

"Those who threaten the transition should be aware that the international community is watching and will hold them accountable," he said.