The ruling coalition and its opponents are locked in a row over whether President Pierre Nkurunziza can run for office for a third term. 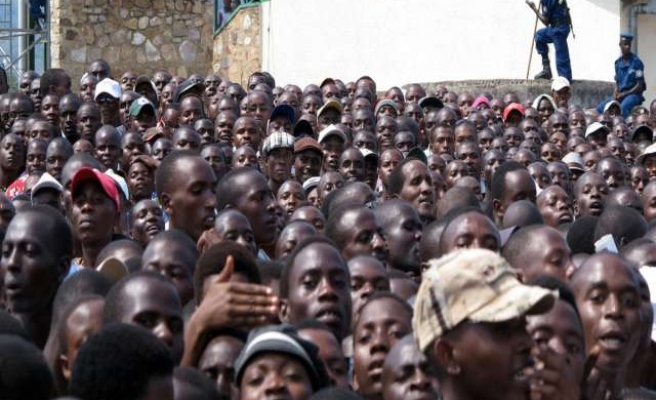 Civil society groups in Burundi on Sunday urged the electoral commission to halt voter registration and said fake identification cards were being used, highlighting tensions before next year's elections.

Opposition parties in the African nation which emerged from ethnic-fuelled civil war in 2005 made a similar demand last month, citing irregularities in appointments for the registration process.

The government has previously denied foul play, while the electoral commission said it was dealing with any complaints.

The ruling coalition and its opponents are locked in a row over whether President Pierre Nkurunziza can run for office for a third term. He is widely expected to make another bid but has yet to say whether he will run in the June presidential vote.

Registration was due to end on Sunday but the National Electoral Commission (CENI) extended it until Dec. 12 because just 2.5 million out of an expected 4.2 million had registered.

"We think for the sake of democracy and stability in the country, CENI must suspend registration and organise an evaluation meeting with all stakeholders in order to have a fair and transparent voter registration," Pierre Claver Mbonimba, head of the Association for the Defence of Human and Prisoners' Rights (APRODH), told Reuters.

APRODH is part of a body representing 350 civil society groups.

Mbonimba said civil society monitors had found 100 cases of fake ID cards being used in the capital and cited reports from the provinces of hundreds of others "distributed by local government officials and some members of the ruling party".

The government could not immediately be reached for comment on those specific charges, but has dismissed allegations that officials have been involved in any irregularities in the past.

CENI Chairman Pierre Claver Ndayicariye said concerns had been noted but suspending the process also carried risks for the nation's stability. "We have taken all measures to deal with fraud," he said.

Burundi has struggled to reconcile a country of 10 million people that has been riven by conflict in past decades between the Hutu majority and Tutsi minority.

Burundi holds parliamentary and local elections on May 26, a presidential poll on June 26 and a Senate vote on July 17.

The opposition say the constitution bars the president from seeking a third term. But his supporters say he can run again because he was elected by parliament in 2005 and argue that the constitution allows him two terms elected at the ballot box.