President Pierre Nkurunziza's successful bid for a third term in office was the result of forced confessions and crush opposition, according to a statement by Amnesty International. 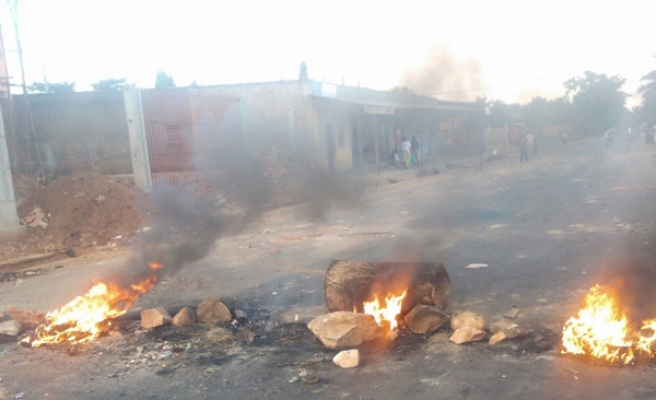 Testimonies recorded by Amnesty in the report accuse both the police and National Intelligence Service (SNR) of carrying out "torture and other ill-treatment" since April 2015 against people suspected of participating in protests against Nkurunziza's controversial re-election bid.

Police beat people with electric cables and batons, while the SNR used iron bars, as well as "forcing detainees' heads under dirty water," said the report, titled "Just tell me what to confess to."

One man arrested in the central African nation in June showed Amnesty the marks from his treatment, which started with being beaten with iron bars, before he was made to strip naked.

"They took a five-litre container full of sand and tied it to my testicles. They left it on me for more than an hour, I fainted," one man told Amnesty, in the report released in the Kenyan capital Nairobi.

"After I came around, they made me sit in a shallow pool of battery acid... it burned terribly."

Burundian journalist Esdras Ndikumana, 54, correspondent of Agence France-Presse (AFP) and Radio France International (RFI), was himself subjected to severe beatings by the SNR for around two hours. His testimony is also included in the report.

TORTURE ON THE RISE

"Detainees were subjected to a pattern of human rights violations: unlawful arrest and detention, torture and other ill-treatment, and a lack of access to lawyers, family members and doctors," the report said.

Amnesty said it had tried to contact the police and SNR, but had received no response to the report.

Nkurunziza's third term has been condemned as unconstitutional by the opposition and provoked months of protests. There has been a string of killings since his re-election, including of his top security chief, assassinated in an ambush last month.

Nkurunziza, an ex-rebel turned born-again Christian who believes he is in power by divine choice, was sworn into on office last week.

After taking the oath of office, he warned rebels they would be crushed by God.

"They will be scattered like flour thrown into the air -- as the God of heaven is a witness, the Burundians will be at peace," he said.

Others said they had been threatened to make confessions.

"They told me if you don't confess, we'll kill you," one man told Amnesty. "But I said 'How can I confess when I know nothing - you’ll have to just tell me what to confess to'."