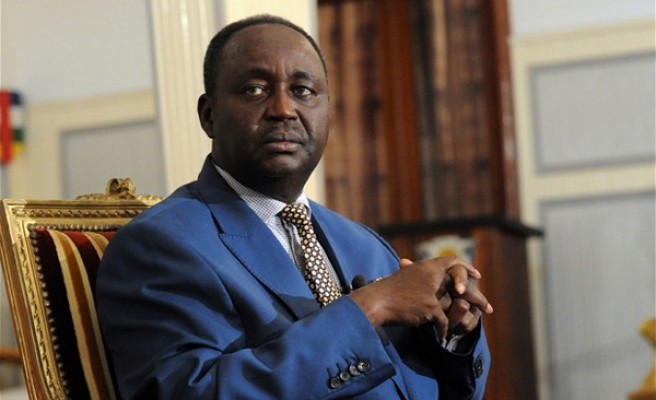 Central African Republic's transitional government on Sunday adopted a new constitution that would limit future presidents to two terms in office as the country seeks to end more than a year of sectarian violence.

The new charter would limit the president's mandate to five years that can only be renewed once and cannot be prolonged for any reason, and would create a new senate to help govern.

The constitution, which will now be put to a public vote, also includes the creation of a special court to judge the most serious crimes.

"I urge the Central African people, when the time comes, to give strong backing to this new fundamental law to allow our country to get back on the path to a normal constitutional order," said Alexandre-Ferdinand Nguendet, chairman of the National Transitional Council.

Its transitional leaders have planned a constitutional referendum before the presidential and parliamentary elections scheduled for October 18.

But the elections have already been delayed twice due to the logistical and security challenges of holding the vote in regions still gripped by violence.

In the latest incident, at least 20 people were killed last week and many others injured in days of sectarian clashes sparked by the death of a young Muslim, police sources said.