The nation, dogged by coups, violence and misrule since winning independence, could take a step towards rebirth if the polls go smoothly 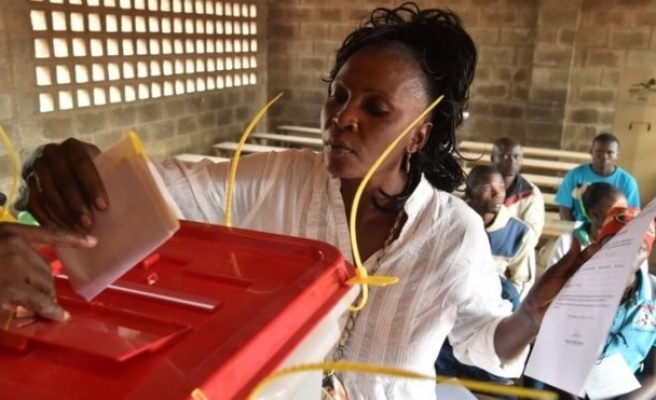 Voters in the Central African Republic began casting ballots Sunday in delayed legislative elections and a presidential run-off which they hope will bring peace after the country's worst sectarian violence since independence in 1960.

The nation, dogged by coups, violence and misrule since winning independence from France, could take a step towards rebirth if the polls go smoothly.

"What we want first and foremost is security to give a new impetus to the country," said a soldier, who identified himself as Ndadder, as he patiently waited to vote in PK5, a Muslim-majority area in the capital Bangui which had been the scene of bloody religious violence.

The two candidates vying for the presidency are both former prime ministers who have campaigned on promises to restore security and boost the economy in the mineral-rich but dirt-poor country.

The first round on December 30 was won by ex-premier Anicet Georges Dologuele, a 58-year-old former central banker known as "Mr Clean" for his attempts to bring transparency to murky public finances when in office. He took 23.78 percent of the vote.

Dologuele will face off against Faustin Archange Touadera, also 58, a former maths professor standing as an independent who surprised everyone by coming second in the first round with 19.4 percent.

As well as choosing a president, voters will on Sunday cast their ballots in a re-run of the last legislative election, also held on December 30, that was later annulled over numerous irregularities.

This election will see a staggering 1,800 candidates competing for a place in the 105-seat National Assembly.

The race for the presidency is expected to be close.

Dologuele has won the backing of the person who came third in the first round -- with 12 percent of the vote -- while Touadera has the support of 22 other candidates who ran in December.

"It's a crucial choice. The next president will rebuild our country, we expect a lot of him," Gaston, a resident in the capital Bangui, told AFP on the eve of the vote.

The Central African Republic's most recent episode of bloodletting was sparked by the March 2013 ousting of long-serving president Francois Bozize, a Christian, by the mainly Muslim Seleka rebel alliance.

Thousands were slaughtered in the spiral of atrocities that drove about one in 10 of the population of 4.8 million to flee their homes.

Both the current presidential candidates are Christians.

Even though the December polls passed off peacefully, security is expected to be tight with UN peacekeepers and French soldiers helping to patrol areas where tensions remain high.

Christians and Muslims alike came forward on a massive scale to ensure their names were on the electoral roll and collect their voting cards, many saying they never again wanted to hear gunfire on their streets.

The elections came after 93 percent of voters backed a constitutional referendum that cleared the way for the vote.

It also followed Pope Francis's groundbreaking trip in November -- his first to a war zone. His impassioned plea for peace and reconciliation has been taken up by candidates, political parties and religious leaders.