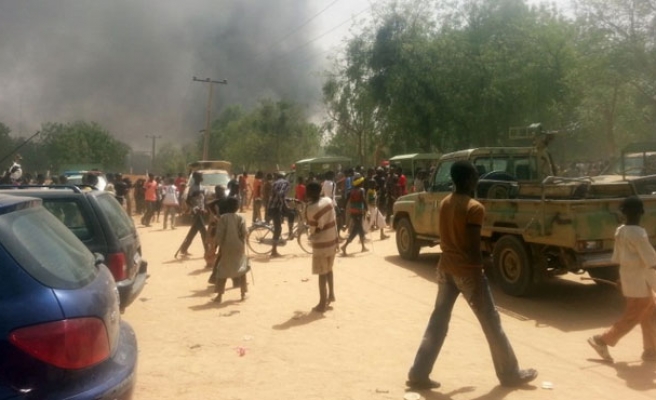 World Bulletin / News Desk
At least 10 Boko Haram militants have been killed in clashes with a joint Cameroonian-Chadian force in the northern Cameroonian town of Kerawa near the border with Nigeria, a security source said Monday.

"Kerawa was attacked Sunday evening by Boko Haram militants. The attackers were repelled and at least ten of them were killed," the Cameroonian security source told The Anadolu Agency, requesting anonymity.

"Eight Cameroonian soldiers were wounded in the gunfight. However, their lives aren't in danger," he said.

The source added that 18 bus passengers had been kidnapped by militants in the nearby Adanga Danga village.

The abductions had not been claimed by any group, the source said, but added, "We think it's Boko Haram."

In recent months, Boko Haram – which operates mainly in neighboring Nigeria – has stepped up attacks on Cameroonian troops and civilians, especially in Cameroon's Far North region.

According to unofficial figures, around 600 Boko Haram militants have been killed in clashes with joint Chadian-Cameroonian forces since Chadian troops arrived in Cameroon last month.