Cameroon forces kill more than 100 members of the Boko Haram militant group near the Nigerian border. 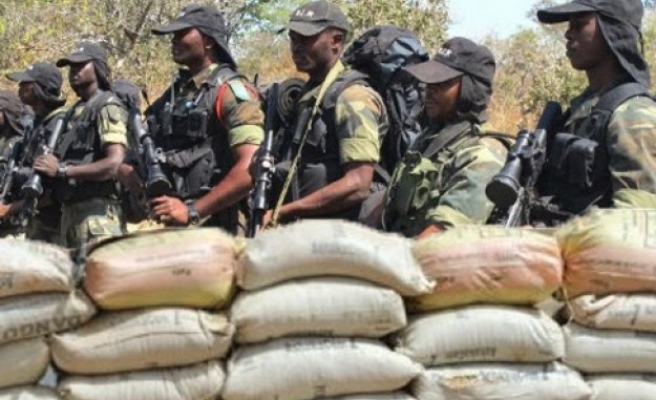 World Bulletin/News Desk
More than 100 members of the Boko Haram militant group were killed after Cameroonian forces raided the northern town of Amchide near the Nigerian border, a Cameroonian security source said Friday.

"About 300 to 400 Boko Haram militants arrived to the town last night and opened fire in an attempt to seize military equipment belonging to the Cameroonian army," a security source, who requested anonymity, told The Anadolu Agency.

"Cameroonian army troops fired back to repel the militants, leaving more than 100 of the latter dead," the source said.

"This is not the final death toll, as the search for bodies is still ongoing," the source added without mentioning any army casualties.

Another attack, meanwhile, took place in the northern village of Waza near the border with Nigeria, according to a military source.

Commenting on the Waza attack, the source, also requesting anonymity, said that "at least two militants were killed, many houses burned, and grain stores looted."

Earlier this year, the village of Waza saw the kidnapping of a number of Chinese workers by Boko Haram militants. The hostages were eventually released months later under ambiguous circumstances.

Areas of Cameroon that border Nigeria have seen a recent spike in attacks by Boko Haram, security sources have told AA.

The attacks come amid stepped-up security by the Cameroonian authorities.

Boko Haram, which first emerged in the early 2000s preaching against government misrule and corruption, became violent after the death of its leader in 2009 while in police custody.

The group has been officially outlawed in Nigeria, Turkey and the United States.