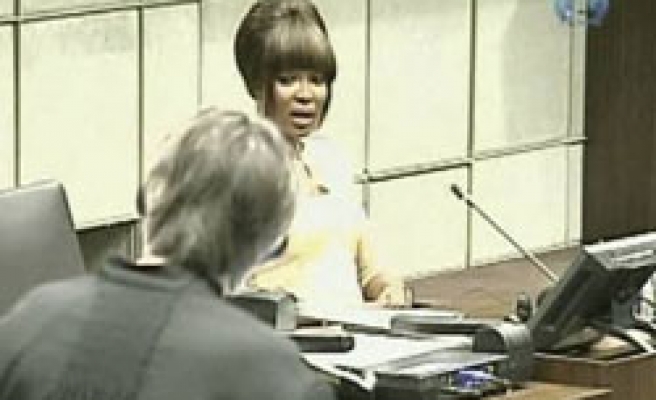 The uncut diamonds were taken from Campbell by Jeremy Ratcliffe, former manager of Mandela's Children's Fund charity, a day after she received them because he feared she might be breaking the law by taking them out of South Africa.

Campbell testified on Thursday at the Hague war crimes trial of former Liberian ruler Charles Taylor that she had received some "dirty looking pebbles" after the charity dinner. But she said she did not know if they were blood diamonds or whether the unidentified donor had been Taylor. Musa Zondi, spokesman for the South African's police's investigative Hawks unit, said test had proven the stones to be diamonds.

"They have been validated as diamonds," Zondi said, adding that police have now started an investigation into the diamonds to determine their origin. It is an offence in South Africa to possess uncut diamonds.

Ratcliffe handed over the stones on Thursday, shortly after Campbell's testimony.

Taylor is charged with 11 counts of instigating murder, rape, mutilation, sexual slavery and conscription of child soldiers during wars in Liberia and Sierra Leone in which more than 250,000 people were killed. He denies all charges.