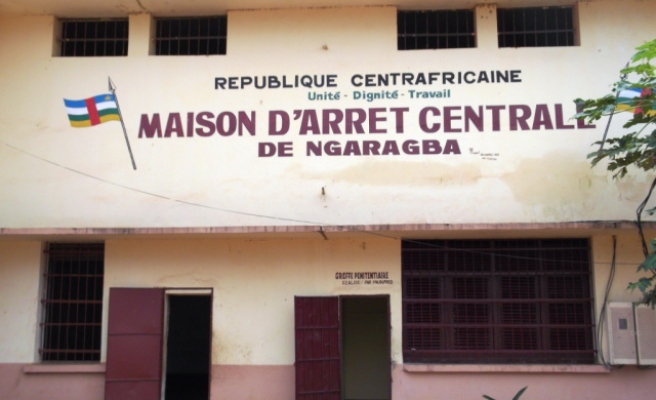 At least 600 prisoners have escaped from the Ngaragba Central Prison in Bangui, the capital of the Central African Republic (CAR), local security sources and eyewitnesses said Tuesday.

A security official who requested anonymity told Anadolu Agency that nearly all inmates had escaped from the prison, which is filled with Muslim and Christian militiamen who fought each other during a bloody sectarian conflict that began in 2013.

The government, for its part, has yet to issue any official statements regarding the reports.

The reported jailbreak occurs amid a fresh bout of sectarian violence that has left at least 30 dead since Saturday, according to multiple sources.

Fighting resumed in CAR on Saturday when a Christian neighborhood was reportedly attacked by Muslim militiamen in revenge for the reported death of a Muslim man.

Amnesty International, for its part, has condemned the violence.

“The recent deadly violence in the capital illustrates that CAR remains in a very fragile state and that immediate action must be taken to enhance the capacity of UN peacekeepers to respond effectively to such incidents before an escalation of attacks on civilians,” Alioune Tine, Amnesty’s director for West and Central Africa, said.

The renewed violence began only three weeks before a planned general election.

Djotodia stepped down in early 2014 to be replaced by Catherine Samba-Panza – a Christian – amid a wave of sectarian violence between the two communities.

In May of this year, following months of deadly violence between the Christian anti-Balaka militia and Seleka fighters, both groups agreed to lay down their arms, but the agreement apparently failed to prevent the latest spate of bloodletting.