A car bomb has exploded at the headquarters a day after an Italian firm announced the discovery of one of biggest gas fields in the Mediterranean. 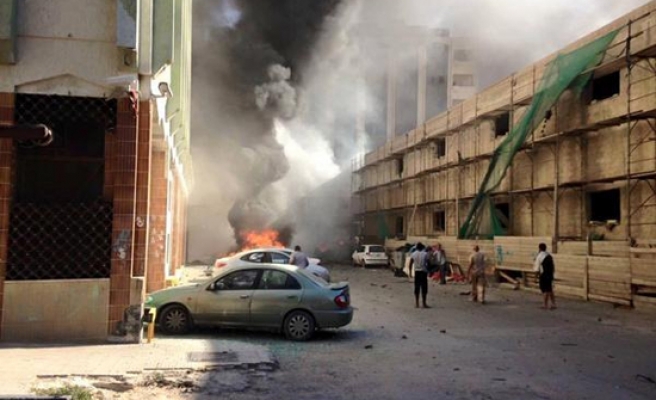 A car bomb exploded in the Libyan capital on Monday afternoon. Its target was the office of an Italian gas firm, ENI, that announced the discovery of a massive new gas field off the coast of Egypt a day earlier.

The explosion hit  in a central district of Tripoli, a city currently controlled by one of Libya’s rival parliaments, the General National Congress (GNC).

The explosion took place close to the embassies of Algeria and Saudi Arabia in the upscale neighbourhood of al-Zahra according to a report in Middle East Eye.

The attack reportedly targeted the headquarters of ENI, a day after the Italian energy giant announced the discovery of a “super-giant” natural gas field off the Egyptian coast.

ENI, which has worked in Egypt since 1954, said on Sunday that the site was “the largest gas discovery ever made ... in the Mediterranean Sea”.

The field, equivalent to 45 percent of Egypt’s total gas reserves, could be hugely significant for the country’s economic recovery.

ENI has promised that the site will be fully operational within three years.

“This brings potential relief to the country’s energy situation in terms of both availability and price,” Mohamed Abu Basha, Egypt economist at EFG Hermes, told the Financial Times.

“It is also potentially a source of foreign exchange.”