International attempts to mediate in the conflict have failed to bring the major armed groups to the table. 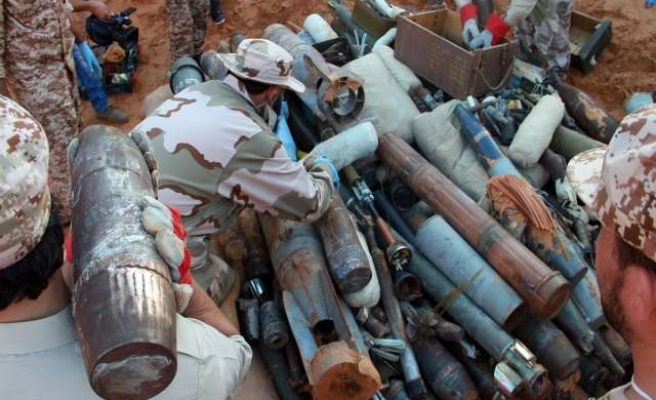 Car bombs exploded in eastern Libyan towns under the control of the internationally recognized government on Wednesday, killing at least four people and wounding 20 others, officials said.

Four more people were killed when an air strike - a possible response to the car bombs - hit targets in Derna, an eastern town home to a large Islamist community, medics said.

Libya is in growing chaos as armed factions compete for power. One has taken over the capital Tripoli, setting up its own government and parliament and forcing the elected parliament and administration of Prime Minister Abdullah al-Thinni to move east.

One car bomb went off in a busy street in the eastern city of Tobruk near the Egyptian border, where the elected parliament is based in a hotel. "Twenty people have been wounded," said Saleh Hashem, a lawmaker. "Nobody was killed."

Another blast struck near the military airport of Labraq, used by Thinni, now based in nearby Bayda east of Benghazi. A security source said four soldiers were killed there.

A third car bomb exploded in the main eastern city of Benghazi, where the Libyan army and former general Khalifa Haftar are fighting rebels. There were no immediate reports of casualties.

Between Tobruk and Bayda lies Derna, where dozens of youths two weeks ago pledged allegiance to Abu Bakr al-Baghdadi, leader of ISIL militants fighting in Syria and Iraq.

There were no details of targets. Libya has a small airforce which was damaged during the 2011 uprising against Muammar Gaddafi. Haftar's forces, which back the army in Benghazi, have planes from the Gaddafi-era air force, though his foes say he also gets air support from Egypt.

International attempts to mediate in the conflict have failed to bring the major armed groups to the table.

Rivalries among factions who helped topple Gaddafi in 2011 have hit oil supplies, with gunmen last week attacking the huge El Sharara oilfield and forcing its shutdown after guards fled the site, which can produce 340,000 barrels a day.