'This was nothing short of an attempt to take power by force,' president Catherine Samba Panza says 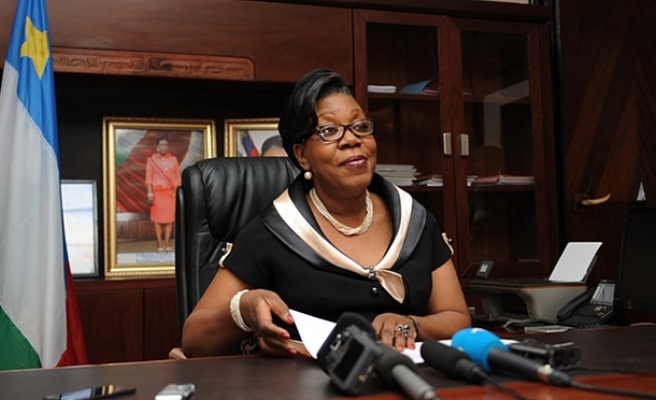 The interim leader of the Central African Republic has accused those behind a surge in deadly violence in the capital Bangui of plotting a coup.

"This was nothing short of an attempt to take power by force," president Catherine Samba Panza said on national radio late Wednesday after she returned to Bangui, cutting short a visit to the UN General Assembly in New York.

Residents said calm had returned to the capital Thursday but that tensions remained after several days of bloodshed which started Saturday and killed at least 36 people, forcing almost 30,000 more from their homes.

The unrest prompted a UN expert to warn of the risk of civil war if the violence was not brought under control.

With a curfew in force, the city was quiet overnight and by Thursday morning, most barricades set up by protesters had disappeared.

The main market in Bangui was open for business, while public transport was running, local residents told AFP.

Even beyond the city centre, in more outlying districts patrolled by UN peacekeepers and French soldiers deployed in the country since December 2013, shops had also reopened.

In her speech, Samba Panza denounced "an orchestrated manipulation by part of the population" to incite people "to rise up and resurrect sectarian conflicts".

The aim was to provoke the population into "rising up against international forces and certain friendly countries," she said.

Demonstrators manning the barricades had called for Samba Panza's resignation and the removal of UN peacekeepers as well as those from France's Sangaris military force who were deployed to stabilise the country after the sectarian killings of 2013-2014.

Samba Panza also reiterated a call for the  disarmament of all armed groups across the country ahead of presidential and legislative elections which were to have been held in October but which will once again be delayed.

The latest unrest erupted on Saturday in Bangui's flashpoint PK-5 neighbourhood after a local Muslim taxi driver had his throat slashed, sparking fears of a return to the violence which first flared in late 2013.

That wave of unrest, which pitted Christians against Muslims and lasted for several months, was triggered by the ouster of president Francois Bozize, a Christian, by mainly Muslim Seleka rebels.

UN rights investigators said earlier this year that estimates of between 3,000 and 6,000 dead in that bout of fighting failed to capture "the full magnitude of the killing that occurred".