Michel Djotodia, himself a former Seleka leader sworn in as the country's new president last month, released a decree dissolving the umbrella group "throughout the national territory". 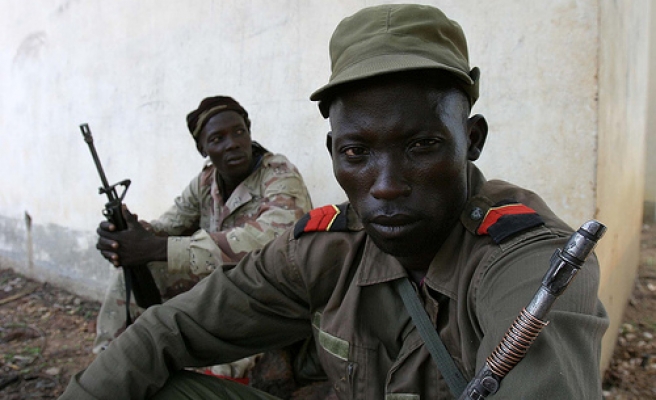 Central African Republic's new president said on Friday he was dissolving the rebel alliance that swept him to power, a group that has since been blamed for a wave of violence.

Seleka rebels seized the capital Bangui and overthrew leader Francois Bozize in March, the latest in a series of coups in the country that remains one of the world's poorest despite its mineral resources.

The rebels have carried on looting and killing indiscriminately, witnesses have said, and French President Francois Hollande last month called for urgent U.N. action to stop the country slipping further into chaos.

Michel Djotodia, himself a former Seleka leader sworn in as the country's new president last month, released a decree over state radio on Friday dissolving the umbrella group "throughout the national territory".

It was unclear what impact the order would have on Seleka, a loose alliance made up of five organisations.

His order came the same week he dismissed the head of the armed forces after days of clashes with other fighters still loyal to Bozize that left 100 people dead.

Both the rebels and Bozize's troops carried out summary executions, torture and other human rights violations during the fighting up to the March coup, the United Nations said in a report on Thursday.

"Seleka also engaged in sexual violence and grave violations against children," the U.N. mission to the country, said in the report by the United Nations High Commissioner for Human Rights published in Geneva.

It recommended that the new transitional government take urgent measures to restore security and screen both rebel fighters and soldiers of the national army.

The report also asked U.N. rights council to appoint a special procedure on the human rights situation in the country and if possible refer potential war crimes possibly to the International Criminal Court.

A mix of local rebellions, banditry, ethnic tensions and spillover of conflicts from neighbours have long undermined efforts to stabilise the landlocked former French colony.