Jean-Felix says that France, which sent peacekeepers to CAR last year during the peak of the sectarian crisis, had the power to stop the conflict from escalating but they did not. 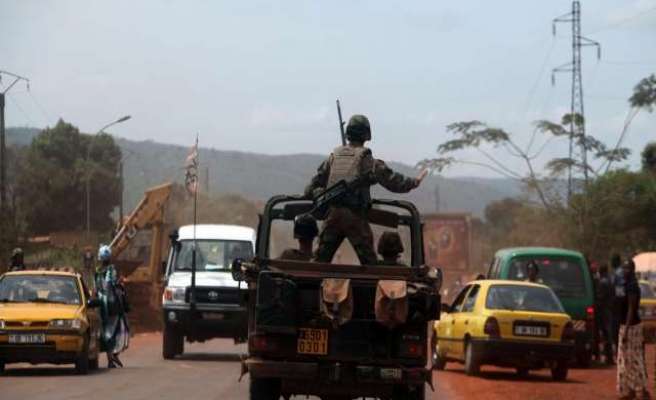 A youth leader from the Central African Republic (CAR) has blamed France for the current crisis in his homeland, saying that Paris is trying to take advantage of the situation to control the natural resources of the former French colony.

“France has manipulated the situation in the Central African Republic to their advantage. If they wanted to stop the crisis in our country, they could have done it long time ago,” Riva Jean-Felix, leader of CAR's National Youth Council and a youth advisor in the prime minister’s office, told The Anadolu Agency in an interview in Johannesburg.

Jean-Felix went on to say that France, which sent peacekeepers to CAR last year during the peak of the sectarian crisis, had the power to stop the conflict from escalating but they did not.

"France did not stop the crisis, because they want to control our country’s natural resources," he argued.

The Central African Republic is rich in diamonds, gold and uranium among other resources, but due to civil strives, it remains one of the least-developed countries in the world.

The youth leader said France knows where the two exiled former leaders François Bozizé and Michel Djotodia are staying, but they haven’t arrested any of them despite accusations that the pair were responsible for the country’s crisis.

Bozizé has been widely accused of funding the Christian militia group known as the anti-balaka who are accused of killing hundreds of Muslims in the country.

The Central African Republic descended into anarchy in March 2013, when Seleka rebels ousted Christian president  Bozizé who had come to power in a 2003 coup. The Seleka militia group installed Djotodia as president.

The Central African Republic has since been plagued by tit-for-tat sectarian violence between Christians and Muslims.

Thousands of Muslims have fled the country into neighboring Chad and Cameroon, while some took refuge in the country’s north. Several mosques and homes belonging to Muslims have been destroyed.

With the state aim of ending the sectarian bloodletting in its former colony, France sent hundreds of troops in December, and the African Union has deployed around 6,000 peacekeepers later.

Earlier this year, Djotodia  was replaced by Catherine Samba-Panza, a Christian who had formerly served as mayor of capital Bangui.

"The situation in Bangui has started to improve; Muslims can now go around the city unlike in the past months," the youth leader told AA.

He said government was also paying salaries for civil servants and the route between the capital Bangui and Garambula on the border with Cameroon was functioning, allowing much-needed supplies to come into the landlocked country.

Yet, Jean-Felix said the crisis in his country cannot be resolved by only the provision of humanitarian aid. "The youth of CAR need to be assisted with income-generating projects, skills development and provision of loans for them to start trading," he said.

"If the youth of the Central African Republic get some form of income-generating activities, they will never be manipulated into joining any of the militia groups,” he added.