Members of the anti-balaka militia captured and killed two Muslims with machetes outside the hospital, a nurse from Bambari's general hospital said 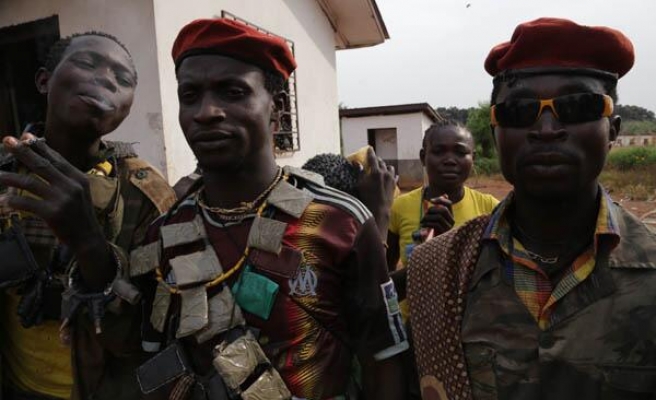 Two Muslims on Friday were killed by members of the Christian anti-balaka militia in the city of Bambari in the Central African Republic, a local medical source has said.

"Members of the anti-balaka militia from the neighboring Alindao locality captured and killed two Muslims with machetes outside the hospital," a nurse from Bambari's general hospital said on condition of anonymity.

She said there was no obvious reason for the attack on the two Muslims, adding that Bambari residents now feared retaliation by Muslims following the killings.

Controlled by the predominantly Muslim seleka militia, Bambari has long been immune to the sectarian tensions that have plagued other parts of the country.

The seleka militia has taken the city for its main base of operations. This has sparked tensions given that the rival – mostly Christian – anti-balaka militia is located nearby.

The city has been the scene of violent confrontations between seleka fighters and French peacekeepers stationed inside the city as part of a government initiative to disarm the militia.

Since last year, the Central African Republic has been plagued by tit-for-tat sectarian violence between Christian anti-balaka militiamen and Muslim seleka fighters.

Anti-Muslim violence escalated after the country's president, Michel Djotodia, stepped down in January. He was replaced by Catherine Samba-Panza, a Christian who had formerly served as mayor of capital Bangui.

Since last December, some 173,000 people have been internally displaced by sectarian violence while 37,000 others have fled to neighboring countries, according to the U.N. refugee agency (UNHCR).

Over 30,000 have reportedly sought refuge in the nearby Democratic Republic of Congo, while Chad and Cameroon now host roughly 5,600 and 1,000 respectively, according to UNHCR figures.